Brian Brooks, the chairman of the Office of the Comptroller of the Currency (OOC) in the United States until mid-January 2020, has joined a long list of experts and lawyers in an interview with Coindesk who believe a settlement in the legal dispute between Ripple Labs and the U.S. Securities and Exchange Commission (SEC) is most likely.

In general, Brooks expressed his optimism that cryptocurrencies will see positive regulation under new U.S. President Joe Biden, as he has assembled a tech-savvy team. However, Biden also appointed Janet Yellen as Treasury Secretary, who reiterated her tough stance on Bitcoin and cryptocurrencies in general in January. As Brooks noted, a lot will come down to Biden’s team:

Obviously there are some people coming to the Biden administration who agree with that. If it is true that Michael Barr is my successor at the OCC, I think he is likely to have a similar thesis to mine on this. He has some background spending some time on the Ripple advisory board for example. And on the other hand secretary Yellen has said some relatively skeptical things. So I don’t think it’s part of an issue, it’s more who’s a tech adopter and who’s an innovator vs. who isn’t.

Is XRP a security? – Brian Brooks

Brooks dodged the specific question of whether XRP is a security under U.S. law. Like some other experts, however, he referred to the question of when the issue should be examined. And as Brooks also elicited, XRP will likely have a very different valuation basis in 2021 than when it was first issued:

I can tell you what I think is the most important issue on XRP and that is: There is a difference between the way an asset is distributed and the nature of an asset in a given moment in time.

And I think the issue with Ripple that gets lost in all the discussion is: whatever happened in the original distribution of XRP tokens 10 years ago and whether this was or wasn’t an unregistered security offering. That’s what the courts will decide – that’s a different question from whether XRP today is a security. And the SEC itself has said that assets can change the nature over time as they achieve utility and achieve decentralization.

In the end, Brooks didn’t miss the opportunity to make a prediction for the outcome for Ripple’s court case against the SEC. Like attorneys Stephen Palley, Jeremy Hogan, Jesse Hynes, and former SEC officials Joseph Hall and Joseph Grundfest, Brooks sees a settlement as the most likely outcome. In the process, Ripple’s XRP escrow accounts may become a central issue in the settlement:

If I had to make a prediction, I’ll just make a quick prediction and that is that there is a settlement to be done here somewhere the settlement has to do with the distribution of the token so that existing tokens holders can continue to trade them and find value the way that they do. 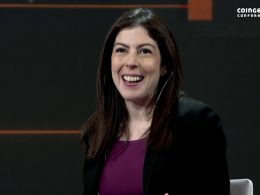 Michael Hsu has requested that staff at the OCC review their approach to digital currency, including updating its…
przezEd Drake 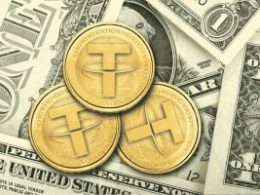 Tether, the USDT stablecoin issuer has presented its first transparency report for its USDT supply and fully backed…
przezPrashant Jha 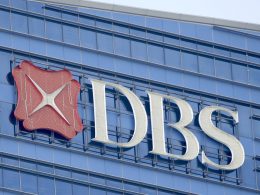 DBS, Southeast Asia’s largest bank, has announced a series of milestones for its crypto business. Its brokerage arm…
przezKevin Helms 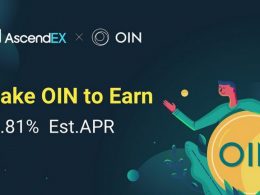