Matic Network has today announced that it is rebranding as Polygon, making a strategic shift with a focus on creating a multichain system on the Ethereum blockchain, similar to the one already deployed by Polkadot.

Originally designed as an Ethereum sidechain providing a solution for fast and low-cost transactions, Matic’s new incarnation will offer multichain architecture. This will comprise both chains on Ethereum’s sidechains and on its second layer. In theory, this will enable Ethereum to scale fast and effectively while further reducing network fees.

Polygon will have additional support for such layer two solutions as Optimistic Rollups, zkRollups, and Validium. These offer ways of making it easier to send high numbers of blockchain transactions without clogging up the main blockchain. Polygon aims to give projects more freedom of choice when selecting the scaling solution, with a proprietary software development kit (SDK) as a means of achieving this.

Setting its sights on a bigger picture, the India-based project, which raised seed funding from Coinbase Ventures in 2019, hopes to beat off competition from the likes of Polkadot, which took the blockchain industry by storm after launching last year. Last month, Polkadot’s native DOT token flipped XRP to become the 4th largest cryptocurrency by market cap.

Matic price explodes as crypto racing platform gets into gear

To accomplish this goal, Polygon is joining forces with prominent figures within the Ethereum community, including Ryan Sean Adams, the founder of Mythos Capital, Anthony Sassano of EthHub, and the Ethereum Foundation developer Hudson Jameson. They are joining the company as active advisors.

Additionally, the team behind Polygon says it is actively seeking new talent that will help it evolve into “a hub for production-ready blockchain scaling” and create “an Internet of Blockchains.”

The team added that all existing Matic implementations, including its flagship solutions–Matic PoS Chain and Matic Plasma Chains–will remain fully functional. Considered among the crucial components of the Polygon ecosystem, they will continue to be developed and updated.

MATIC, the project’s native token, will continue to play a key role in securing and incentivizing the ecosystem following the rebrand.

The central banks of Australia, Singapore, Malaysia, and South Africa will reportedly launch a trial program to test…
przezDimitar Dzhondzhorov 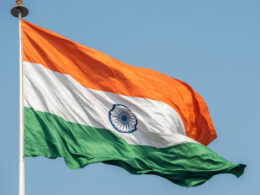 India’s Cryptocurrency Legislation Will Be ‘Distinct and Unique,’ Says Lawmaker 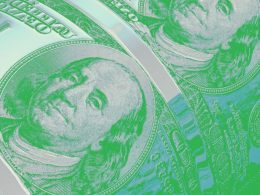 Injective Protocol raises $10 million from Mark Cuban and other investors 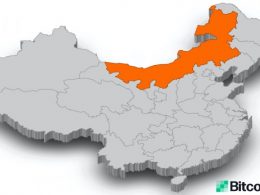