the court for a perpetual injunction restraining the apex bank from regulating and/or further regulating virtual currencies/ cryptocurrencies in Nigeria.

The Central Bank of Nigeria recently issued a crypto banking ban prohibiting national banks from offering their service to crypto exchange and traders. The decision got the country by surprise as Bitcoin has grown in popularity in the country as the government has put a limit on US Dollar holdings.

The local Nigerian crypto-traders were highly disappointed in the government’s decision but not surprised as the government has done everything in its power to cut access to foreign currencies even the US Dollar. The Nigerian crypto traders are currently looking for alternative methods to trade and peer-to-peer markets could see a rise in popularity in the region.

The govt and CBN can’t control or have access to issue tax on crypto, so had to come up with the ban.

CBN claims the ban is to prohibit the use of crypto for illicit activities, an argument used by most of the nations that have decided to ban crypto even though there is little proof for such claims. Most of these countries eventually had to lift such bans that include the likes of Asian countries such as India and Pakistan.

Bitcoin’s decentralized nature makes it impossible to completely ban and governments around the world have resorted to banning trading platforms. However, even in these countries, bitcoin trading has continued via P2P markets. Nigerian traders could also resort to such means as even if banks don’t offer the liquidation, they can take out their profits via P2P markets. 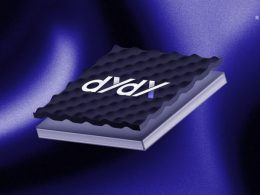 Analysis from the first month of dYdX’s L2 launch

Quick Take dYdX is a protocol for decentralized perpetual swaps. Initially launched in October 2018 on the Ethereum…
przezMika Honkasalo 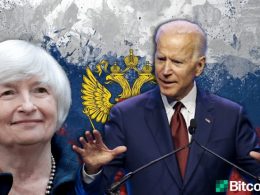 Rumors concerning the U.S. Treasury cracking down on several financial institutions over money laundering has been spreading like…
przezJamie Redman

Visa announced on August 23rd that it had spent nearly 50 ETH for a CryptoPunk non-fungible token. Thus,…
przezJordan Lyanchev