There’s no denying that the issue of censorship is fast becoming one of the most hotly debated topics in the world today, primarily due to the fact that an increasing number of people all over the globe are leaving prominent social media platforms citing a violation of their basic ‘freedom of speech’ as the core premise for their decision. The problem is becoming so rampant that Twitter, recently banned former American president, Donald J Trump, on grounds of him possibly”inciting further violence”.

In a similar episode, as the GameStop – Robinhood saga unfolded over the past week, wherein the latter prevented amateur investors from buying GME stocks claiming to “protect the best interest of their customers”, admins for Google and Apple went on a spree of erasing 100,000+ negative reviews related to the trading app, essentially undermining the opinions of their users.

Things have become so bad in recent times that according to a statistical survey conducted by Pew Research, a whopping 75% of all American adults believe that social media platforms like Facebook, Twitter quite intentionally censor the political viewpoints of individuals whose values do not fit with their outlook.

Blockchain to the rescue

Censorship is an extremely slippery slope that can potentially lead to growing social unrest and chaos if left unchecked. Bluzelle, a decentralized, scalable database service provider, is working to solve this very problem and has recently gone on to launch a first-of-its-kind developer grant program that seeks to spur the creation of novel “censorship-resistant” applications that people all over the world can use to air their opinions regardless of their left or right leaning nature.

During the first stage of the grant, vetted applicants will be given an opportunity to vie for a total cash pool worth $500,000. However, that’s just the beginning of it, what makes this grant unique is the fact that developers will not be required to surrender their IPR (Intellectual Property Rights) to Bluzelle after the completion of their project, instead, they can use their working product to raise additional funds so as to help maximize their market reach and global visibility. The only condition that all participants are required to adhere to is that they need to carry out all of their development-activities atop Bluzelle’s decentralized database.

Expounding his views on why Bluzelle has taken such a proactive stance within the anti-censorship space, Neeraj Murarka, CTO for Bluzelle, recently pointed that as far as one can look back in recorded human history, the uninterrupted flow of new ideas has been critical to the progress of mankind, adding:

The Bluzelle decentralized database has been designed to help ensure that data will never be censored again. Our [grant]program gives the best developers the means to leverage Bluzelle’s technology to deliver a new generation of censorship-resistant apps, making TRUE free speech a reality.

Bluezelle is leading the anti-censorship brigade

Through its Developer Grant Program, Bluzelle is seeking to draw in some of the finest, most promising talent from the global blockchain landscape. However, apart from the monetary aspect of things, the grant will enable developers to work aside Bluzelle’s growing list of partners including industry leaders such as Elrond, Matic, and Polkadot.

On a more technical note, the partnership will also afford developers the opportunity to make use of Bluelle’s dPoS-based decentralized development ecosystem that has the capacity to process up to 10,000 transactions per second. Furthermore, the platform is fully compatible with a wide array of programming languages including JavaScript, Python, Ruby, Java, Go, etc.

Last but not least, it bears mentioning that this is not the first time Bluzelle has taken a staunch stand when it comes to matters related to censorship. For example, over the last few years, the company has been involved in the development of a number of such projects including Coinzelle (a decentralized version of Coinmarketcap) as well as an anti-censorship social portal and a decentralized notary service.

Blockchain-based social media is the future

While an increasing number of BigTech firms continue to act as the flagbearers of human ethics and morality, their lack of regulatory clarity is really starting to put off millions of people across the planet. For example, when Twitter’s PR executive Vijaya Gadde was questioned regarding the social media platform’s apparent left-leaning bias on the Joe Rogan Experience podcast last year, she failed to elicit any fact-based responses in regard to the questions that were posed in front of her.

During the interview, she claimed that Twitter never bans any users on the basis of their political affiliations, however, over a year later, it has emerged that a total of 70k+ conservative Twitter users had their accounts terminated overnight during the first week of 2021 alone for allegedly spreading “QAnon related conspiracy theories”.

As a result of this rampant censorship, a large number of people are now beginning to seek out decentralized, blockchain-based avenues so as to air their views and post their content in a manner that is just, censorship-resistant and immutable. For example, since December 2020, memo.cash – a platform that allows people to publish their material directly onto the BCH chain – has been downloaded nearly 10k times via the Google PlayStore and Apple App Store. Similarly, Lbry is another sharing platform that uses blockchain tech to publish content, even allowing users to get paid for their material. Lastly, Peepeth is being touted as the blockchain equivalent of Twitter and has its content recorded directly on the Ethereum blockchain. 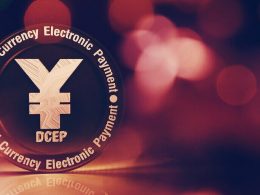 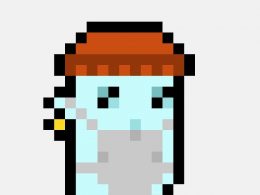 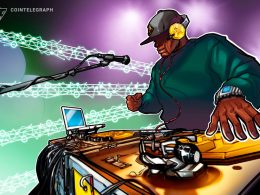 Damon Dash has slammed the complaint against him from Roc-A-Fella Records, stating that he never minted an NFT…
przezBrian Quarmby