As Tesla Shareholders, JP Morgan and Goldman Sachs Are Now Exposed to Bitcoin

The news of Tesla’s $1.5 billion Bitcoin investment has been the talk of the town in the past two days, propelling the price of the asset to record levels above $48,000.

However, this also means that both JP Morgan and Goldman Sachs—as two of the company’s shareholders—now have indirect exposure to Bitcoin.

Goldman Sachs is the bank Tesla’s CEO Elon Musk hired to help him take the company private back in 2018 and owns 1.14% of its shares. JP Morgan disclosed its ownership in Tesla in 2020, holding 0.92% of the company’s stock.

Both companies have been critical of cryptocurrencies in the past, with JP Morgan’s CEO Jamie Dimon once calling Bitcoin “a fraud.”

Goldman Sachs, one of the world’s largest investment banks, made the headlines last year when it stated that Bitcoin was “not an asset class,” ruling out a possibility of ever buying it.

Tesla’s other notable shareholders include Capital Research & Management with a 5.51% stake, The Vanguard Group (4.38%), Baillie Gifford (3.66%), and BlackRock Fund Advisors (3.51%). Also on the list is Fidelity Management with 1.52% stake.

Earlier this year, BlackRock, which is the world’s largest asset manager, submitted documents to the SEC outlining its potential move into Bitcoin futures trading.

With Bitcoin’s rising prices and the asset’s growing adoption among institutional investors, both JP Morgan and Goldman Sachs seemed to have a shift in their approach to the cryptocurrency.

Last October, JP Morgan admitted that Bitcoin was solidly competing with gold as an alternative asset, while Goldman Sachs is reportedly exploring a crypto custody solution as part of the bank’s broader digital strategy.

Several other big financial institutions have already gained indirect exposure to Bitcoin. One such notable instance is Morgan Stanley, which has recently increased its stake in MicroStrategy, the company whose CEO Michael Saylor is one of the biggest Bitcoin advocates in the corporate world. Oh and it owns about $3 billion of Bitcoin.

India has noted an uptick in crypto users over the past year. This surge in the crypto users…
przezNamrata Shukla 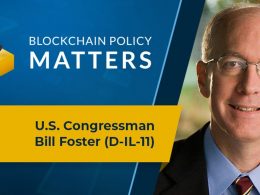 Wyoming wants to be digital currency hotbed, and it’s backing this up with new laws

The state has now passed 26 new laws, all catering to the digital assets space. The biggest one…
przezSteve Kaaru 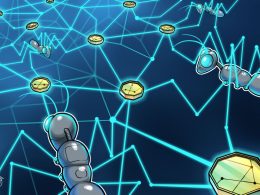 When it comes to defending Bitcoin, Galaxy Digital founder Mike Novogratz is on par with the likes of…
przezAlisha Roy