After Tesla’s (NASDAQ: TSLA) announcement of Bitcoin (BTC) purchases on Monday, February 8, all eyes are now on Apple Inc (NASDAQ: AAPL). Industry experts say that the next big announcement is likely to come from the Cupertino-based tech giant.

The latest research report released by RBC Capital Markets states that Apple has a “clear opportunity” to start offering a crypto trading facility, a move that will help the company to further gain a massive market share. The report states that Apple has got the technological prowess and a secure ecosystem that can make crypto buying/selling extremely easy for retail players.

Keeping other regulatory checks in place, RBC Capital thinks that Apple can offer a closed system that provides high-grade asset security along with preventing other nefarious activities. The report further states that Apple can leverage its own wallet application thereby also becoming a global leader in the crypto space.

Interestingly, the report mentions that Apple’s entry into the crypto space with further lessen the possibility of a government ban anytime in the future. “If the USA owns the most crypto assets (be it Bitcoin or other assets), it would not make logical sense in our view to ban it,” wrote RBC analysts, in the report accessed by Reuters.

Apple’s Past Stint With Cryptocurrencies

While speculations are ripe that Apple is soon the announce its entry into the crypto space, the company has proceeded cautiously on its approach with cryptocurrencies. Back in 2014, Apple has banned all crypto wallets from its App Store.

Apple supporting crypto trading facility seems to be a bit ambitious expectation at this stage. However, a much reasonable expectation is Apple following Tesla and putting part of its massive cash reserves into Bitcoin. Just like Tesla, if Apple decides to put 10% of its reserve cash in BTC, it would mean a massive $16 billion inflow from the tech giant. 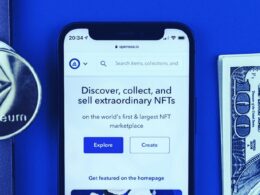 Leading NFT marketplace OpenSea has exploded in popularity this month. Last night, the site surpassed the mark of…
przezAndrew Hayward 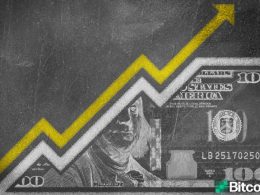 Survey Shows 77% of Americans Are Concerned About Rising Inflation, Prices for Goods Are Soaring

Since well before the Covid-19 outbreak was found in America, the U.S. Federal Reserve invoked a number of…
przezJamie Redman

Ripple has stated that for the first three months of 2021, its total sales of XRP were $150.34…
przezMartin Young

Binance Is Not Authorized To Operate in South Africa, Regulator Says

Every day an increasing number of countries turn their back on Binance, sending warnings to their users, letting…
przezFelix Mollen