Algorand, a well-known Proof of Stake blockchain network has partnered with decentralized media platform Xfinite to help it achieve the goal of mass adoption of its platform for media content sharing and viewing. In today’s world, there are several social media platforms with great reach however their centralized nature gives the platform a monopoly over user’s data and their behavior on the platform. Xfinite is built on top of Algorand promises to change the way content creators interact with online media platforms and how their content is being distributed and consumed.

#xfinite is partnered with India’s largest content networks, reaching > half the Indian population and growing, bringing producers and consumers together via @algorand https://t.co/pOiKBhY1su https://t.co/5pBjfUcAfe

The recent Twitter and Youtube crackdowns on several crypto content creators is a prime example of how centralized platforms misuse their power and can decide the fate of the user that can bring down years of hard work by a single decision.

XFinite is developing different use cases for modern consumers that focus on re-establishing parity between the viewer and the producer of digital content. This is being achieved through unique reward-incentivization mechanisms, enhanced social engagement features, and partnerships with mainstream corporations, such as Microsoft, Eros Now, Dailyhunt, and SpiceJet. Xfinite has launched its first decentralized application (“dApp”) on its network.

Sean Ford, COO of Algorand believes their association with Xfinite would be mutually beneficial as the decentralized media platform has built the right product. He said,

“Xfinite has a visionary understanding of how blockchain can be leveraged for new opportunities in the media industry. Broad blockchain adoption can only be achieved through the creation of products that are tangible and inclusive for any consumer, no matter what region they are in or what their background may be. With major partnerships with organizations that have millions of users, we are excited to support Xfinite’s new applications and welcome them to the Algorand community.”

Social media has become an integral part of our daily lives which takes a significant chunk of our daily time. However, the lack of competition in the market as only a few companies is responsible for managing and distributing online content. This leads to a lot of opaqueness in data handling policies which these companies change from time to time as per their convenience.

Xfinite along with Algorand would bring a new form of decentralized media platform that would offer great transparency, scalability for content sharing at the same time the platform would make any necessary changes democratically where the content creators and consumers both would have a say in the policymaking.

“Xfinite has been se, arching for a trustable, scalable, and decentralized solution that caters to mainstream adoption. Algorand is a superior technology whose volume of transactions, activity, and cost, makes it superior to other public blockchains. We are proud to partner and collaborate with founder Silvio Micali and the entire Algorand team, whose commitment and fiss to the technology is inspirational.” 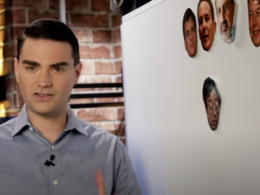 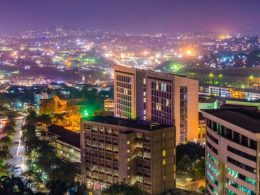 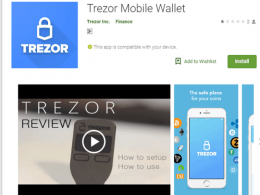 Frauds, hacks, and scams seem destined to be the shadow that clouds the image of cryptocurrencies for a…
przezFelix Mollen