Elon Musk has become a cryptocurrency godfather, singlehandedly sparking some of the most recent price gains. The Tesla CEO has a special fondness for Dogecoin and has been tweeting tirelessly about the meme cryptocurrency. This has led to one price surge after another. Dogecoin is now the tenth-largest cryptocurrency in the world, more valuable than Stellar, Bitcoin Cash and the USDC stablecoin. Its Google searches in the US have also surpassed Bitcoin’s for the first time ever.

Who let the Doge out?

Musk has been a Doge fan for some time now. Back in April last year, he changed his Twitter bio to “former CEO of Dogecoin.” While this may have been just a joke, his Twitter endorsement of the cryptocurrency in recent months has been moving the market.

Just hours ago, he tweeted, “Who let the Doge out?” in reference to the popular song “who let the dogs out”. The tweet, just like all his other ones about Dogecoin, has pumped its price. In the past 24 hours, Dogecoin has gained 27%. Thus, it has now pushed heavyweights like Stellar, BCH, Aave, Bitcoin SV and EOS out of the top 10 by market cap. Dogecoin, a cryptocurrency that started as a joke, is now more valuable than Western Union, British American Tobacco and Gap.

However, “who let the Doge out”, was just one in a series of tweets by the world’s richest man on Dogecoin. On February 6, he held a Twitter poll on what’s to be the future currency of Earth. “Dogecoin to the moon” received 71.3% of the 2.4 million votes, equaling over 1.7 million votes. “All other crypto combined” only received 28.7%.

The future currency of Earth

The Musk effect has caught on with other celebrities who have started promoting Dogecoin on Twitter. Hip-hop legend Snoop Dogg joined the bandwagon, tweeting meme photos with the Shiba Inu, the Dogecoin mascot. Gene Simmons, the lead singer of KISS, the rock band, is also among those pumping Dogecoin. However, unlike the other two, he revealed that he is a Dogecoin investor. Simmons has already purchased over $100,000 worth of DOGE during the bull market.

For months, Musk’s tweets on Bitcoin and Dogecoin have gone down well with the cryptocurrency community. His Dogecoin memes especially have made him one of the industry’s most beloved figures. However, some are starting to reconsider.

The cryptocurrency market has been criticized by regulators for years due to market manipulation. Bitfinex and Tether are already fighting court battles for alleged manipulation. The SEC has also previously shot down a Bitcoin ETF, claiming the market is prone to wide manipulation.

With Musk singlehandedly leading to a market pump with his every tweet, he’s further entrenching the belief that the cryptocurrency market is easy to manipulate. As one cryptocurrency user stated on Reddit:

Elon Musk literally tweeting ‘Doge’ and it skyrocketing the way it has is just giving more reasons for governments to take legal action against crypto. So many will lose money from this and any credibility Elon Musk has about crypto will be gone. The whole doge thing is funny, sure, but I’m not sure we want mainstream media using it to define crypto as a literal joke.

However, in the stock market, manipulating the market is illegal. Musk knows this all too well. In 2018, the SEC and DoJ started a probe on Musk after a series of tweets in which he claimed he would take Tesla private if its stock hit $420. The market surged immediately following the tweet. Musk would later settle with the SEC, paying $40 million as penalties. 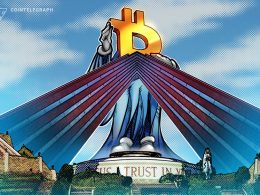 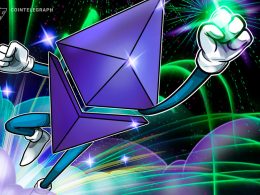 They see ETH rollin’: Why did Ether price reach $3.5K, and what’s next?

Bitcoin touched yet another milestone this week, with the cryptocurrency going past the price level of $50,000 and…
przezBiraajmaan Tamuly