In an increasingly complex world, we often find ourselves hampered by technological constraints. The widely touted blockchain technology industry faces similar issues, yet one particular initiative claims it can scale its technology to make full use of internet speeds worldwide.

When the topic of blockchain technology comes around, it usually doesn’t take long until people start pointing out apparent shortcomings such as lack of scalability and lack of real-world use cases, especially where cryptocurrencies are concerned. Taking Bitcoin or Ethereum as an example, neither blockchain is known for providing “speedy” solutions or scaling beyond its current capabilities to address any of these significant flaws affecting either ecosystem.

Granted, both Bitcoin and Ethereum are home to so-called “layer-two” solutions, concepts that allow the network to reach a much higher throughput the original developers couldn’t or wouldn’t explore for reasons unknown. Bitcoin has the Lightning Network, designed primarily to facilitate micropayments, whereas Ethereum has Loopring and other solutions, which not only reduce overall network fees but also put a big dent in the time required to complete transactions or data transfers over the network.

All of these ideas are fine and dandy, yet they may take years to implement at the core level and make a real impact on the way people transact with either of these blockchains, yet most people will not wait around for these upgrades to arrive. For this reason, DataGrid Blockchain takes a different approach, as it integrates “sharding” technology into its core protocol to process vast amounts of information in parallel and utilizing the global internet’s speeds and bandwidth to its full potential.

Due to DataGrid Blockchain’s technology’s inherent nature, it has tremendous potential in the scaling department, unlike any other blockchain ecosystem available on the market today. Instead of introducing sharding as a weakened version of what this technology is capable of, the team behind this project is confident they can achieve “hyperscaling” by letting its network grow as global internet speeds increase across all devices.

Currently, there is still a huge gap between broadband internet speeds and what mobile devices, such as tablets and smartphones, can achieve, albeit that situation will change once the 5G rollout gains a bit more traction. As these average internet speeds keep rising, the DataGrid Blockchain will continue to grow and evolve as a viable and mainstream solution to process data on a global level without facing any significant hurdles.

Keeping in mind how quickly internet speeds are accelerating thanks to fiber connectivity for at-home internet access and 4G and 5G becoming the norm for mobile devices, the future growth potential for DataGrid Blockchain is tremendous.

With the launch of DataGrid Blockchain, the team is organizing a token sale for DGT, the native asset of this ecosystem that will serve different purposes as the network grows and evolves. Interested parties can obtain this token at the lucrative price of $0.005 by getting whitelisted on the BlockPass platform and contributing Ethereum to the ongoing token sale, which runs until February 13, 2021.

Following this token sale, DataGrid Blockchain will launch DGT on Balancer to leverage its Liquidity Bootstrap Pool and keep out any bots or whales looking to create price pressure or accumulate significant amounts of the token. This method is not too different from a more traditional Dutch auction, in which onlookers can place bids on the token, after which the community reviews all bids to determine a fair price for the available quantity of DGT tokens.

Facilitating a price discovery period will help ensure the DGT token distribution is fair and transparent, without having to worry about others trying to snipe transactions or obtain 10% of the entire supply by flashing their virtual wealth!

So what are you waiting for? Join the DGT presale today at http://dgblabs.io/

The post DataGrid Blockchain Turns Hyperscaling From Fiction Into a Reality – Token Sale Now On appeared first on Coingape. 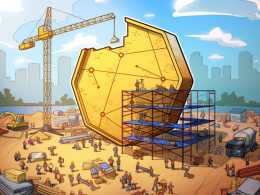 The U.S. does not want cash to go extinct in the presence of a CBDC, according to the…
przezBenjamin Pirus

Constellation Network has entered into a strategic partnership with Liechtenstein-based crypto exchange LCX. Both partners aim to establish…
przezJake Simmons 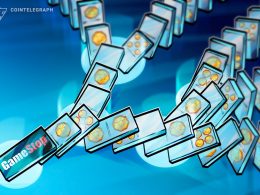 Websites of DeFi projects Cream.Finance and PancakeSwap reportedly came under attack by hackers. According to their tweets, the…
przezAlisha Roy