The price of Bitcoin has spiked to a new all-time high today on the back of news that EV manufacturer Tesla has invested $1.5 billion into Bitcoin. The cryptocurrency’s current price is now $44,790, up 8.5% in the last hour.

The surging Bitcoin price did huge damage to those shorting it. On crypto exchange OKEx $57 million in short positions were liquidated, according to Glassnode CTO Rafael Schultze-Kraft.

The news broke when Tesla’s latest SEC filing revealed that it had adopted a new investment policy in January with a new focus on investing in digital assets and gold. The filing stated that Tesla had bought $1.5 billion of Bitcoin. It added that the firm would now seek to start accepting Bitcoin for purchases of its products, namely its cars.

Tesla’s large Bitcoin purchase may explain one of the most important on-chain data points that analysts are watching. This is the amount of Bitcoin supply on exchanges, which has been steadily decreasing for months. Schultze-Kraft has said that this could lead to a liquidity crisis as demand outstrips supply, a bullish sign.

As analysts have noted, the supply on exchanges decreased as Bitcoin was sitting in the $30,000-$40,000 range. Ki Young Ju, CEO of on-chain analysis firm CryptoQuant.com,  offered a “speculative guess” that outflows of 30,000 BTC from Coinbase could have been Tesla’s Bitcoin purchases.

According to data from Glassnode, the supply of Bitcoin on exchanges has fallen to 2.3 million Bitcoin. That puts it back to levels last seen in July 2018.

Stablecoins exchanges reserve (purple) are at all time high. pic.twitter.com/WsEnuPdmlo 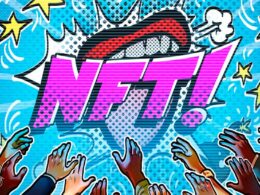 In the history of every successful startup, there comes a ‘defining’ moment – a moment when the vision…
przezAnjali Sriniwasan 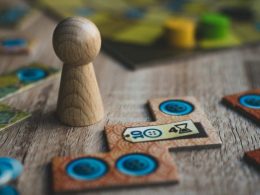 Yield Guild Games, an online gaming guild, has raised $4 million to power its play-to-earn proposal in a…
przezSergio Goschenko

Solana raises over $300M in a bid to compete with Ethereum

Solana Labs has announced the successful completion of a $314.15M private token sale. The project has over the…
przezJohn Kiguru