The Bitcoin price surge of nearly 15% in the wake of Tesla’s Bitcoin purchase followed by the Binance outage has led to the liquidation of over $500 million worth of short positions across several exchanges.

Elon liquidates over $500m worth $BTC short positions across exchanges.

Bitcoin price skyrocketed to a new all-time high of $45,000 minutes after Tessa’s’ $1.5 billion bitcoin purchase became public. The soaring price of bitcoin has put it back into the driving seat of this bull run after having a quiet January post breaching $42,000 in the first week of 2021. The liquidation of nearly half a billion in short positions is also the testimony of growing bearish sentiment in the market as BTC price was stuck under $35k for over 30 days. The soaring bitcoin price also sent its market cap above $800 billion for the first time.

Tesla became the single largest purchaser of bitcoin with its $1.5 billion Bitcoin investment converting 10% of its treasury cash into bitcoin following in the footsteps of Microstrategy whose Bitcoin purchase value has doubled.

After attaining the new all-time-high of $45,000 and with no resistance in sight, bitcoin could easily breeze past $50,000 in the next couple of days. Max Keiser’s short term price target of $65,000 has been stated to look achievable with the current price rally.

Tesla and Elon Musk’s entry into the bitcoin game would only make other institutions rush to add bitcoin as 2022 could prove to be the year of bitcoin going mainstream via institutional acceptance. The scarcity factor behind bitcoin could see its market breach the trillion-dollar mark very soon. 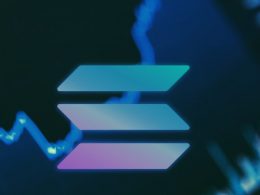 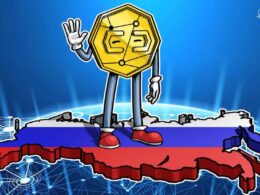 As Russia works to “more clearly prohibit the use of cryptocurrency,” the country’s largest data center operators aren’t…
przezHelen Partz 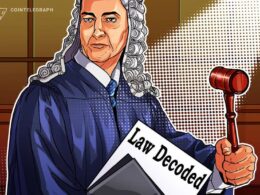 Cointelegraph’s law & policy newsletter is back with a discussion of El Salvador’s effects, Coinbase’s woes, and the…
przezKirill Bryanov

pNetwork, a cross-chain DeFi platform, lost roughly 277 Bitcoins to the tune of $12.7 million in a recent…
przezShraddha Sharma