Tether Treasury has just printed another $500 million USDT raising eyebrows as only yesterday Bitfinex reported that they have to repair the remaining $550 million to Tether Treasury from the $900 million ‘apparent’ loan they had taken two years back.

The Bitfinex loan from Tether Treasury created quite a controversy that led to a lawsuit filed by NYDAG against Tether and Bitfinex. The current $500 million USDT  print is not part of the $2 Billion burn that commenced recently.

Bitfinex CTO Paolo Ardoino was quick to offer clarification on the recent print as it is not part of the $2 billion burn process. Ardoino said,

PSA: 500M USDT inventory replenish on Tron Network. Note this is an authorized but not issued transaction, meaning that this amount will be used as inventory for next period issuance requests and chain swaps.

PSA: 500M USDt inventory replenish on Tron Network. Note this is a authorized but not issued transaction, meaning that this amount will be used as inventory for next period issuance requests and chain swaps.

Bitcoin price finally soared above $40,000 after almost 40 days to reach a daily high of $40,600 on several exchanges. The price rise above $40,000 comes at a crucial time as the top cryptocurrency was struggling to breach $35k over the past 4 weeks. However, the Tether USDT print has again started the Tether FUD and Bitcoin price pump.

The ‘Tether Bitcoin Pump’ FUD has been going on for quite some time now, however, there hasn’t been any conclusive to prove the claims and it has been debunked a few times in the past. It is also important to note that the USDT print came after Bitcoin breached the $40k level.

The Bitfinex CTO’s claims about the USDT print being done in the wake of rising stablecoin demand in the market also seems reasonable as exchanges over the past week have registered the highest inflow of stablecoin while the outflow of bitcoin from exchanges has also peaked. The two metrics suggest a bullish signal for the price of the top cryptocurrency. 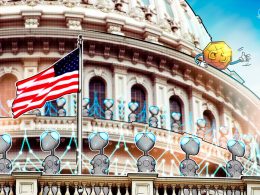 Report urges US government to focus on blockchain, crypto and a ‘digital dollar’

Will the new Biden–Harris administration be able to enforce a technology strategy focused on blockchain, cryptocurrency and digital…
przezRachel Wolfson

Ripple’s CEO, Brad Garlinghouse, finds “beyond flattering” the accusations that the company he runs has influenced Telsa’s Elon…
przezJordan Lyanchev 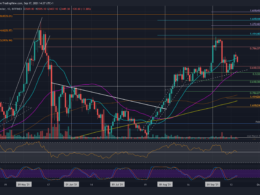 Ethereum Ethereum is up by a small 1.2% over the past week of trading as the cryptocurrency currently…
przezYaz Sheikh

Gaming giant Ubisoft will be a corporate ‘baker’ on Tezos, validating transactions and adding them to the Tezos…
przezSteven Msoh