As the DeFi boom continues, Universal Market Access, SwissBorg, and Siacoin are notching triple-digit gains due to protocol upgrades and new product launches.

While the crypto market cap is still way below that of gold, Bloomberg senior commodity strategist Mike McGlone said in a report that Bitcoin (BTC) has found strong support at $30,000 and it may now rally to $50,000 and higher.

However, some institutional investors who had invested at lower levels and are sitting on huge profits are taking some money off the table.

United Kingdom-based Ruffer Investment Management said it had initially invested about $600 million in November 2020, which had more than doubled when Bitcoin hit an all-time high at $41,959.63. The firm booked profits on an amount just more than their cost and decided to let the remaining balance ride.

While Bitcoin gradually climbs towards the all-time high, altcoins have been soaring, suggesting that traders have shifted their funds from BTC into Ether and other smaller-cap coins.

Let’s analyze three such tokens that are backed by strong fundamentals.

Professional traders use volatility data to make informed decisions and be on the right side of  trade. Therefore, the CBOE Volatility Index, known as the VIX, is popular with traders.

Bitcoin is known for its high volatility and Universal Market Access (UMA) plans to offer traders an opportunity to trade volatility in a decentralized way. For that, the protocol plans to launch a uVol-BTC product that will be settled at the end of the month. Traders could use the token to speculate on the increase or decrease in volatility, or hedge their Bitcoin positions they do not want to sell during sharp corrections. If the product turns out to be successful, a uVOL-ETH token is also planned in the future.

Other than the regular synthetic tokens that track the price of an asset, traders keep looking for new opportunities that do not give institutions a direct edge. In order to cater to this demand, UMA plans to launch a new synthetic token called ‘uSTONKS’ that will be based on the ten most commented stocks on the r/wallstreetbets Reddit forum. The new uSTONKS token offers retail traders a unique way to benefit from the movement of the most popularly discussed stocks on the forum.

Early discussions are also in progress to create a “Big Mac Synth” based on the index invented by The Economist back in 1986. Launching innovative tokens attracts new traders. Another reason that could have added to the short-term demand for UMA was the negative 15.5% annualized yield for depositing Ether as collateral to borrow USDC.

UMA has soared from an intraday low at $11.234 on Feb.2 to an intraday high at $43.998 today, a 291% gain within three days. This sharp rally has pushed the relative strength index (RSI) deep into the overbought territory.

The long wick on today’s candlestick shows that traders are booking profits after the recent run-up. The first support on the downside is the 38.2% Fibonacci retracement level at $31.482.

If the UMA/USD pair rebounds off this support, it will suggest that traders are buying on a shallow correction and not waiting for a deeper fall. The bulls will then try to resume the up-move by pushing the price above $43.998. If they succeed, the pair could rally to $62.

Contrary to this assumption, if the bears sink and sustain the price below $31.482, the correction could deepen to the 61.8% retracement level at $23.75. Such a move will suggest that the bullish momentum has weakened.

Crypto projects that carry out buybacks increase value for their long-term investors. SwissBorg (CHSB) also does buybacks with 20% of threvenues made from fees, but unlike the usually followed method of a publicly shared scheduled buyback, the protocol buys only when the price is bearish and has dropped below the 20-day EMA. This ensures that the HODLers who do not sell their positions during the downturn benefit from the buybacks.

However, in the age of decentralized finance, buyback alone is unlikely to attract investors. Therefore, the protocol started rewarding CHSB token holders from Jan. 28 of this year. The premium users, who have staked 50,000 CHSB for a 12-month period, earn double the rewards on their crypto tokens, barring the quantity staked to go premium.

The protocol plans to launch a robo advisor in the future that will work similar to the rating agencies in traditional finance. The robo advisor will provide users with all the necessary information that can help investors decide on the project and the yield depending on their risk profile.

However, the recent rally has pushed the RSI deep into the overbought territory, which suggests the rally is vulnerable to a minor correction or consolidation.

The long wick on today’s candlestick suggests traders are booking profits near the psychological resistance at $1. The first support on the downside is the 38.2% Fibonacci retracement level at $0.734282.

If the bulls defend this support, the CHSB/USD pair will attempt to resume the uptrend. A break above $1.008969 could start the next leg of the up-move that could reach $1.15 and then $1.40.

On the other hand, if the bears sink the price below $0.734284, the decline could extend to the 20-day exponential moving average ($0.52). Such a fall will point to a possible range-bound action for a few days.

Several large corporations like Microsoft, Google, and Amazon are spending large amounts of money on their cloud storage systems.

Sia recently completed a hardfork to incorporate a new Sia foundation that will handle the ongoing developments of the Sia ecosystem. This will gradually free the Sia foundation from Skynet labs, which currently handles the operations of the protocol.

Rumors are that Coinbase may add support to Sia. If that happens, the coin could extend its up-move further.

The bulls are currently attempting to resume the uptrend but the bears have other plans. The SC/USD pair turned down from $0.009709 on Feb. 3, indicating that the bears are defending the overhead resistance aggressively.

On the other hand, if the price slips below $0.007718, the pair could drop to the 20-day EMA ($0.006). A strong rebound off this support will point to a few more days of range-bound action. A break below the 20-day EMA could signal advantage to the bears.

The views and opinions expressed here are solely those of the author and do not necessarily reflect the views of Cointelegraph. Every investment and trading move involves risk, you should conduct your own research when making a decision.

Ethereum struggled to reclaim the $4000 mark as the coin traded sideways over the past few days. It…
przezAnushmita Samal 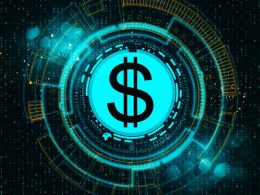 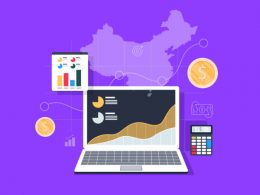 Baidu and Weibo are censoring keywords of Huobi, OKEx and Binance

Baidu and Weibo, two of the biggest internet services in China, appear to be taking coordinated censorship effort…
przezWolfie Zhao 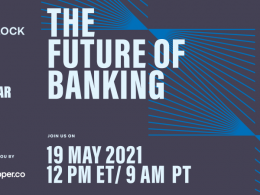 [SPONSORED] The Future of Banking — Brought to you by Copper

© 2021 The Block Crypto, Inc. All Rights Reserved. This article is provided for informational purposes only. It…
przezJessie Ruben