Namebase, a startup that streamlines the process of purchasing and selling domain names through Handshake, says it helped Chu buy the “.nft” top-level domain for $84,000, or about 680,000 in the Handshake blockchain’s native token, HNS. The price tag for the “.nft” domain makes it a record purchase, according to Namebase CEO Tieshun Roquerre.

In a tweet, Chu revealed that he’s also an investor in Namebase.

And since .nft is a top-level domain (like .com or .net), Chu can now issue as many subdomains as he wants.

Handshake offers an alternative to the traditional DNS (domain name service) that’s been the dominant website naming system since the early days of the internet. Domain names, like decrypt.co, eliminate the need to memorize specific IP addresses, but they’re also overseen by central authorities (like ICANN). Everything ending in “.com,” for example, is registered through a company called Verisign.

Handshake aims to put the entire naming process on its own blockchain. The 100,000 most popular domains (as determined by the Amazon-owned internet analytics company Alexa) are off-limits for now, but unlike ICANN, Handshake allows you to register any other domain you want via auction. These can be longer than traditional domain names, and involve special characters like emojis (the bidding for .

Handshake wants to let you name your Bitcoin address

One potential drawback is that domain names registered through Handshake can’t actually be accessed through mainstream browsers (at least, not without a workaround), since they live exclusively on Handshake’s blockchain.

That could change, though: the crypto-friendly privacy browser Brave has already implemented access to IPFS domains, which provide similarly “censorship-resistant” websites, and according to an old tweet from the CEO, the company has at least thought about supporting Handshake.

But for now, domain names like .nft may still feel like investment opportunities rather than practical purchases. 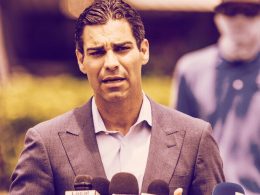 Bitcoin, Like Uber, Is ‘Too Big to Regulate’: Miami Mayor

There’s been a lot of hemming and hawing in Washington, D.C.—and even among Silicon Valley FinTech companies—about the…
przezJeff Benson 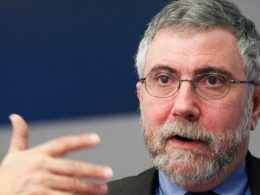 Nobel Prize-winning economist Paul Krugman says he has given up predicting the imminent demise of bitcoin. The economist…
przezKevin Helms 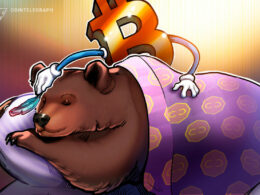 The relative strength index is making lower highs while correcting from its overbought area. The run-up in the…
przezYashu Gola 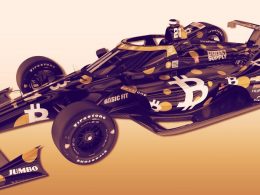 Tesla may have fallen out of love with Bitcoin, but there’s one car still carrying the flag for…
przezStephen Graves