Ripple Labs filed its long-awaited response to the SEC yesterday. In a blog post, Stuart Alderoty, the company’s general counsel, provided a summary of the 93-page document. As Alderoty states, the only question that ultimately matters in the lawsuit is “whether Ripple‘s limited distributions of XRP were an investment contract.”

No difference to Ethereum

As the lawyer notes, Ripple wants a quick decision, which is why they did not file a motion to dismiss. This has typically been done by Ripple in other lawsuits “only as a hassle or delay tactic.” In the SEC lawsuit, however, Ripple is waiving it in order to get a ruling as quickly as possible.

In addition to the arguments that Hogan believes are very strong, he highlights two strategies within the response letter in particular that he calls “brilliant.” First, Ripple has filed a motion under the Federal Sunshine Law to obtain the SEC’s informal opinion regarding Ethereum’s classification as a non-security. According to Hogan, this is by no means a “desperate move.”

if you listen to the SEC’s legal arguments, Ethereum at one point was definitely selling securities as well. So why the proclamation in 2018 that Ethereum didn’t sell securities? Ripple has seen a chink in the armor and is going for it. Who knows what they’ll find but this issue will put the SEC on its backfoot – very subtle but very good Ripple. Make the SEC defend itself for once.

Ripple makes the lawsuit a “winner takes all” game

XRP IS NOT A SECURITY. Ripple did not violate Section 5 of the Securities Act because XRP is not a security [… ] and therefore no registration was required with the sale of XRP.

As Hogan notes, the SEC avoided seeking a declaratory judgment that XRP is a security in its complaint. The U.S. Securities and Exchange Commission is only seeking “damages and remedies that would affect XRP held in trust.” Ripple, however, is seeking to do just the opposite with this Affirmative Defense. This makes the lawsuit a “winner takes all” game:

So, in effect, Ripple itself has requested the complete ruling that the SEC did not – Ripple is saying they want a full determination from the court that XRP is not a Security. Ripple could’ve “escaped” this lawsuit with no such finding if it had wanted and here it is raising the major issue itself! […]

You see, I honestly thought, I assumed really, that Ripple would tip-toe into defending the lawsuit – looking for a quick settlement. But I apparently underestimated Ripple’s belief in its position. This Affirmative Defense shows that Ripple truly believes it can and will win, not just on certain offerings of XRP but all of them. When I read that Affirmative Defense I was like Morpheus in the Matrix.

Grayscale Investments, the world’s largest crypto asset manager, announced yesterday that it has added Cardano (ADA) to the…
przezLiam Frost 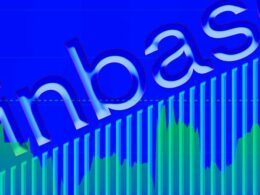 Coinbase has hired a former Facebook exec as its new chief marketing officer. The exchange announced Thursday that…
przezAislinn Keely 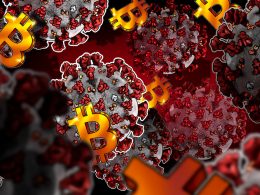 Bitcoin apparently did not like all the fanfare over good results in a COVID-19 vaccine trial. Bitcoin (BTC)…
przezBenjamin Pirus 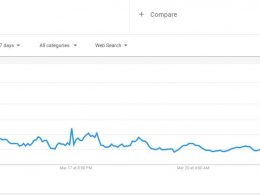