Stellar: SDF reviews function to claw back an asset due to regulations

The Stellar Development Foundation has posted an Open Protocol discussion in which Stellar developers discuss a somewhat controversial proposal. Introduced as CAP-35 or “asset clawback”, the proposal contemplates giving issuers a feature to claim their funds in certain cases.

Under the proposal, issuers could reclaim or reissue assets if the funds sent are determined to have a “fraudulent” origin, to respond to regulatory requirements, or combine the proposal with an identity identification function in the event of theft if the users lose custody of their private keys. The proponents stated:

In order to meet securities regulatory requirements in many jurisdictions globally, the issuer (or designated transfer agent) must be able to demonstrate the ability to revoke assets in the event of a mistaken or fraudulent transaction or other regulatory action regarding a specific person or asset wide. To receive approval, the Issuer must demonstrate the ability to perform this action.

In addition to the above, the creators of the proposal argue that users and exchanges could benefit and mitigate the loss of funds that occurred in the past. Furthermore, the “asset clawback” feature could be a new layer of security in case of hacks or security breaches.

How would the asset clawback operate on Stellar?

On the Open Protocol call, Stellar developers clarified that the “asset clawback” feature is transparent. User accounts must always have the flag enabled (AUTH_CLAWBACK_ENABLED_FLAG). Therefore, other users know when funds can be clawback. Unlike similar functions, the “Asset Clawback” does not freeze the completed balance of an account on which it is activated. Rather, it allows the user to destroy specific funds of an asset.

To activate the function the user who sent the funds must specify the account that received them. On the other hand, the affected user cannot stop the operation; his account signature is not required. When activated, the funds are “burned“, but the sender of the transaction has the option to re-issue the funds. The proponents assert:

Needless to say, executing a reallocation is a significant responsibility and in many cases should be reserved for licensed entities (like a transfer agent) holding the issuer credentials and aware of responsibilities under the law of the jurisdiction of the affected party and asset.

The function will have certain limitations. For example, a medium threshold signature is required, a trust line will be established and accounts receiving funds with the status of “Claimable” will not be able to change it. This will allow the function to be “transparent and visible”.

In the Stellar user community, some have raised concerns. However, others believe that the proposed feature could bring more institutions and entities under regulation, making them feel safe and more secure in cases of theft, identity theft, and others.

China’s 500.com to Purchase Another $8.5M-Worth of Bitcoin Miners

The NYSE-listed lottery firm may also acquire another 10,000 miners this year.
przezTanzeel Akhtar

With this new version, resource-hungry applications like CryptoFights should be able to make their complete debut with no…
przezKurt Wuckert Jr 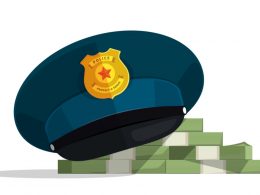 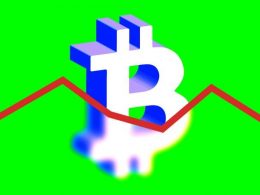 Bitcoin breaches the $16,000 price level, bucking the sell-off in stocks