Game Stop, the video game chain was the talk of the town yesterday after its value more than doubled driven by “short the wall street” sentiment as Melvin Capital decided to short the stocks leading them to lose billions in what became a battle between the Wal Street and small investors.

Game Stop like any other firm was hit hard by the pandemic and after announcing closure last April, its stocks were available for as low as $3.25 apiece. However, the token has seen an unprecedented move upward with the start of the year and its stocks rose to a new all-time high of $248 before settling around $148.

One trader on Reddit opened his long position with $50k and ended up making $22 million from yesterday’s rise.

Just to let y’all know, people on Reddit are buying lots of shares in GameStop to raise the price of the stock. Doing this will make billionaires who bet GameStop stock would fall lose a ton of money and it’s the most beautiful thing I’ve ever seen. pic.twitter.com/IjhSfQeuv1

The stocks saw a massive spike post-Elon Musk shout out leading to nearly $4 billion in its market cap.

‘Short the bankers’ is one of the top sentiment driving the crypto community and bitcoin in general thus when game stop tokens rose to liquidate over $2 billion in short positions, the crypto community rallied behind its rise, many even suggesting GME to invest in bitcoin to stick it up to wall street investors.

FTX, the popular DEX platform which listed Airbnb stocks before its IPO has quietly listed the new GME stocks on its platform as well.

The rise of Bitcoin and GME in 2021 could mark the beginning of a new era of trading fueled by the likes of small investors and social media. Tesla, the popular electric car manufacturer could also be counted among the lot as the rise in its share price not just made Elon Musk the richest man on the planet, it also made Tesla the most valuable carmaker with a value more than the combined value of Ford, Toyota, and many other century-old car makers.

Wall Street is not Happy

The rise of GME and wall street losing billions due to a campaign headed by Redditors did not go down well with them, as they called it a manipulation with Nasdaq releasing a warning suggesting if they observe any odd behavior due to social media speculation, they would halt the trading of the stock.

English economist John Keynes’ description of capitalism is rather interesting. “Capitalism is a rather astounding belief that the…
przezVaruni Trivedi 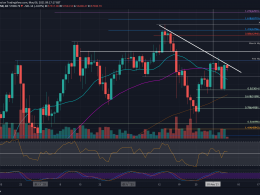 Bitcoin is up by a robust 4% today as it bounced from $53,000 to reach as high as…
przezYaz Sheikh 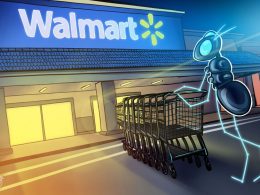 Walmart’s future digital currency and crypto product lead would be based in the company’s home office in Bentonville,…
przezMarie Huillet