A resident of Florida has opened a class action case against Ripple Labs Inc. for losing an investment made in XRP. The individual who filed the case had made a relatively small investment in the digital asset, of around $100 in 2020. However, the value of his XRP plummeted by almost 50% a few weeks later.

Tyler Toomey bought precisely 135 XRP in November 2020 amid the cryptocurrency rally that started around October. However, his investment took a turn to the south, where he lost roughly $48.50 of the original investment.

He argues that he made the case on behalf of other investors, residents of Florida who put money in XRP. He alleges that Ripple and its executives profited from the sale of unregistered securities but many investors like him were left languishing in losses.

In December the Securities and Exchange Commission (SEC) filed a case against Ripple Labs Inc. and its top executives for selling unregistered securities to investors in the United States. The lawsuit saw XRP tumble to a low of $0.17 from highs of $0.6.

Ripple poised for a 62% move

XRP has been stuck in consolidation following the recovery from the dip in December. Its upside has been capped under $0.3. On the downside, Ripple continues to struggle to sustain the price above $0.25.

However, the daily chart brings to light the formation of a symmetrical triangle. This pattern is known to either lead to a breakout or a breakdown. Breakouts occur when the price trades above the upper trendline. On the flip side, a breakdown comes into the picture when the price loses support at the lower trendline.

Symmetrical triangles have exact targets during the breakouts or breakdown, measured from the highest to the lowest point of the patterns. For instance, XRP may rally 62% to $0.45 if XRP validates the upward momentum on trading above the 200 SMA. On the other hand, a 62% downswing to $0.087 will come into the picture in the case of a breakdown.

The post Ripple price prepares for a 62% move in the wake of another class-action case appeared first on Coingape. 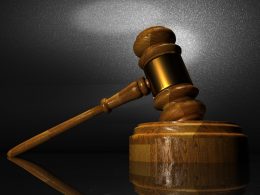 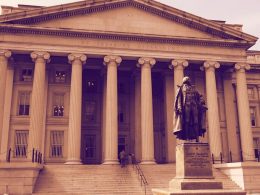 If the recently passed Senate infrastructure bill is signed into law, it will legally change the definition of…
przezJeff Benson 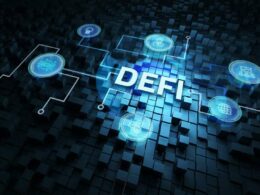 These DeFi Players Are Eating Into the Ethereum (ETH) Market Share

To date, the Ethereum (ETH) blockchain network remains the most preferred choice for developers to build decentralized finance…
przezBhushan Akolkar