Will Bitcoin price surpass $40k again? Well,  Scott Minerd, the CIO of Guggenheim Partners a financial service provider believes that the current institutional demand for bitcoin despite the hype is not big enough to sustain bitcoin price above $30,000. Minerd comments come just days after he predicted BTC price to follow to $20,000 levels as the top cryptocurrency seems to be stuck between the price range of $30,000 to $35,000 for nearly three weeks now.

The Chief Financial Officer’s comments came during his interview with Bloomberg where he said,

“Right now, the reality of the institutional demand that would support a US$35,000 price or even a US$30,000 price is just not there. I don’t think the investor base is big enough and deep enough right now to support this kind of valuation.”

Minerd also reinstated that in the long term he sees the top cryptocurrency climb to new highs but in the short term the downward pressure is more which is not uncommon either. He added,

“Now that we have all these small investors in the market and they see this kind of momentum trade, they see the opportunity to make money and this is exactly the sort of frothiness that you would expect as you start to approach a market pop.”

Is Minerd Right? Will Bitcoin Price Dip to $20k First?

Bitcoin started the year on a high due to the momentum build on Christmas Eve pushing bitcoin price from $24k to $42k within 20 days. This bullish momentum was attributed to overbuying by institutions leading to a low supply and later retail joined on the rally as well. However, the momentum finally lost steam post the first week of 2021, trapping bitcoin price below $35k level.

The institutional inflow might not be big at present, but still, the ones who are in it look quite bullish and are buying out more bitcoins than being mined every day. The likes of Grayscale and MicroStrategy and even Marathon Group bought the recent dips suggesting that they are still long on BTC.

#Bitcoin wasn’t built in a day.

The upcoming expiry of Bitcoin options contracts worth $4 billion is also believed to play in bitcoin’s favor. While the top cryptocurrency is trying to sustain its position above $30,000 the expiry of the Bitcoin options could give the necessary momentum to break the $40,000 level again.

116k #bitcoins options are set to expire next week pic.twitter.com/HR2q8pCPDY 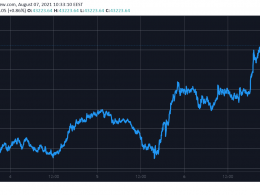 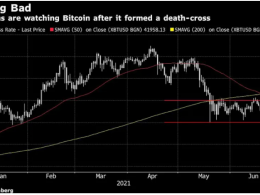 Bitcoin forms the dreaded death cross as price hits two-week low, but here’s why there might be hope

Bitcoin has formed the dreaded death cross, which analysts say usually predicts doom as its price flirted with…
przezSteven Msoh 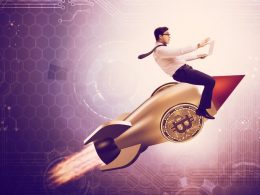 MicroStrategy, an international business intelligence firm, invested $425 million in Bitcoin between August and September of this year.…
przezScott Chipolina