From Billions in Losses To Political Speech: The GameStop Soap Opera Until Today

Wall Street, the Crypto-verse, the social media ecosystem, and American politicians had a hectic day today as the GameStop vs. Wall Stret soap opera developed.

As impossible as it may seem to believe, a group of people who have probably never seen each other’s faces managed to bring the big Wall Street funds to their knees, inflicting upon them losses well into the billions of dollars, artificially skyrocketing the stock of an almost irrelevant company to this day: GameStop —the Blockbuster of the gaming industry— a corporation focused on selling physical copies of games.

The Gamestop Saga: David vs Goliath 2.0

As CryptoPotato reported earlier, a group of people from the subreddit r/WallStreetBets decided to act against the most-shorted stock on US markets, turning it into a meme stock for some and the best weapon to deliver a message against Wall Street for others.

And it looks like they succeeded. At least two major Wall Street investment firms were forced to close their short positions, reporting huge losses. According to CNBC, Melvin Capital announced that it had sold out of GME on Wednesday morning. The company declared “huge losses,” and although they did not disclose the amount, they had to receive a bailout of at least $2.75 billion to stay on their feet.

Citron Capital (the supervillain that started it all) also lost a lot of money. The firm admitted defeat and closed its positions with a 100% loss.

Sure enough, government representatives had a word or two about this. Senator Elizabeth Warren criticized the preferential treatment that big capitalists get, at the expense of the people:

For years, the same hedge funds, private equity firms, and wealthy investors dismayed by the GameStop trades have treated the stock market like their own personal casino while everyone else pays the price.

Another voice raised was that of Alexandria Ocasio Cortez, who also mocked the irony of this novel, pointing out that many investors are just getting a taste of their own medicine… Only now it’s not very pleasant for them.

The day ended with a joint statement from the scary SEC, saying they are assesing into the situation without revealing much detail about what that might entail.

We are aware of and actively monitoring the on-going market volatility in the options and equities markets and, consistent with our mission to protect investors and maintain fair, orderly, and efficient markets, we are working with our fellow regulators to assess the situation and review the activities of regulated entities, financial intermediaries, and other market participants.

For its part, Discord banned the WallStreetBets server claiming that it was being used to spread hate speech. In an official statement first obtained by The Verge, the messaging platform assured it had nothing to do with the stock price —although they described WallStreetBet’s activities as financial fraud:

“Today, we decided to remove the server and its owner from Discord for continuing to allow hateful and discriminatory content after repeated warnings.
To be clear, we did not ban this server due to financial fraud related to GameStop or other stocks.”

The move was criticized by many personalities from within and outside of the crypto ecosystem. The basic argument was that Discord’s censorship undermined free speech and the move was most likely to protect hedge funds from losing even more money as the people used WSB to organize their next moves.

Nobody really believes Discord shut down WallStreetBets cause of hate speech or misinformation. That could’ve been done well before the panic over Gamestop. No, Discord is engaging in censorship to protect hedge fund firms from losing billions over risky short bets. https://t.co/65RQrg9t36

The banning of wallstreetbets on Discord just hit the Streisand effect for this Gamestop business.

It was never about the political parties. It’s all about our new digital overlords.

Even Elon Musk condemned Discord’s ethics, criticizing Discord’s choice of standing by the corporations’ side:

Even Discord has gone corpo …

The Bitcoin community was very active on the GameStop issue. Although the r/WallStreetBets subreddit prohibits any discussion related to cryptocurrencies deeming them “worthless securities that are susceptible to scams or pump & dump schemes,” many bitcoiners felt like home, sharing the table with their brothers in arms.

If @wallstreetbets folks find fun in wrecking hedge funds, wait til they figure out how to wreck central banks.

Love it how all the talking heads are calling Wall Street Bets “amateurs” and “unsophisticated” when they are the ones who actually understood the gamma squeeze unlike the hedge fund suits that got rekted.

For his part, Erik Voorhees, the CEO of ShapeShift, talked about his interest in the developments. For him, this is the start of a social movement (like occupy Wall Street, for example).

This is becoming a very interesting social movement… and very fucking fast!

Former Trump executive Anthony Scaramucci already said this was good for bitcoin. But this time he went even further, saying the events were not a simple social movement but a revolution:

We are witnessing the French Revolution of Finance

The only ones not speaking out are the guys at GameStop. Their latest tweet is an invitation to buy pre-owned games for $4.99 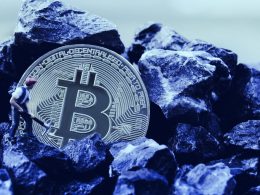 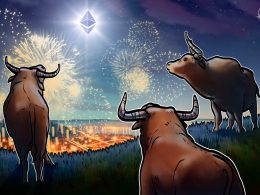 Ether price takes on Bitcoin — What’s behind the sharp rise in demand?

Ether remains close to the $2,000 mark after breaking its all-time-high at around $2,150, but what has driven…
przezAntónio Madeira 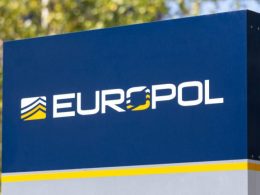 The European law enforcement agency, Europol, has arrested 10 people believed to be members of the criminal gang…
przezTerence Zimwara 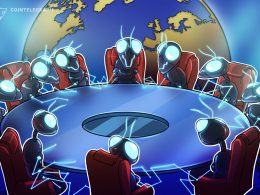