Crypto industry jumps into lobbying in response to FinCEN

The crypto lobby is growing as more firms join the effort to fight rules that attack financial privacy.

In its tweet announcing the news, the Blockchain Association attributed the rise in membership to its work in presenting an industry response to rules from the United States Treasury Department’s Financial Crimes Enforcement Network, or FinCEN, at the tail end of the Donald Trump administration. The association wrote, “Battling back the FinCEN process was an important step, demonstrating what is possible when we speak with one voice.”

FinCEN’s proposal involved extending $10,000 thresholds on reporting all crypto transactions and $3,000 limits on transactions with self-hosted wallets that lack identifying features. The rules, derived from the Bank Secrecy Act, would be a major interference in peer-to-peer transactions. They are, as of this week, in motion again.

The Blockchain Association, as a trade association, unites members of a single industry under a shared umbrella and lobbies Congress on behalf of mutual interests. Many firms in crypto operate their own in-house lobbying operations or individual contracts with established firms.

Other members of the crypto industry lobby have benefitted from the attention that FinCEN has drawn to policymaking. Nonprofit Coin Center recently saw a $1 million donation from Grayscale. A Coin Center representative commented on its coming priorities: “Most of our work in 2021 will likely be continuing to hold to the line for financial privacy and hopefully advancing some more sensible tax policy.”

Coin Center and the Blockchain Association were, indeed, highly visible allies in the fight against FinCEN’s proposal.

The Blockchain Association had not responded to Cointelegraph’s request for comment as of publication. 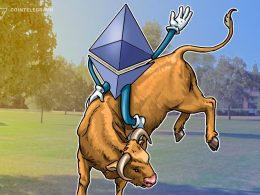 Ethereum’s spectacular rise to $3,300 has rendered all of the bearish put options worthless ahead of this Friday’s…
przezMarcel Pechman 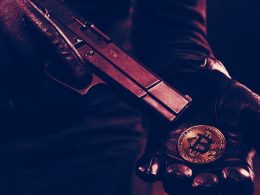 According to blockchain analytics firm CipherTrace, growth in illicit finance using cryptocurrencies is “inevitable” as the crypto ecosystem…
przezScott Chipolina 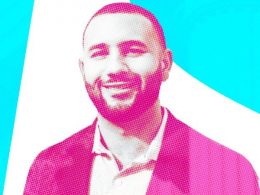 Quick Take Visa recently became the first major payments network to use a stablecoin to settle a transaction.…
przezRyan Weeks 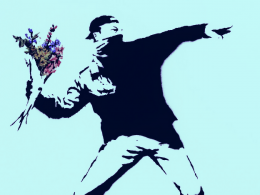