Ripple Faces Another Lawsuit in Florida For Violating Securities Laws

Ripple is facing another lawsuit for violating security laws in Florida, as per a court filing made by Tyler Toomey who claims to be an early XRP purchaser. The court filing revealed that the plaintiff in the case has accused the company of violating the Florida Securities and Investor Protection Act by offering XRP to retail investors.

The lawsuit also names current CEO Brad Garlinghouse as an individual defendant in the case and accuses him of selling his holding of XRP while hyping the token in the market to keep it rising. The court document read,

The current lawsuit comes just a month after SEC filed a lawsuit against Ripple and two of its executives for unregistered security offering worth $1.6 billion in the form of XRP. The lawsuit had a down spiraling impact on the XRP market in the US as the majority of the crypto exchanges and platforms delisted XRP from their platforms.

Ripple Looking to Build a Fintech Future Outside the US

The SEC lawsuit against Ripple has dampened its position as one of the leading fintech companies in the US, however, its key strategic partners have highlighted that majority of its remittance and trading volume comes from outside the US, thus even if the verdict in the lawsuit goes against it, the firm can continue its business outside the US.

Ripple is among the leading cross-border remittance solution provider with over 200 banking partners currently using its RippleNet technology to facilitate the instant cross-border transaction at a fraction of the cost incurred when using traditional banking systems. Asia Pacific region is one of its key remittance as well as a trading corridor and looking at the rush towards incorporating Fintech, Ripple is very well-positioned to become the lead fintech solution provider despite the lawsuit woes in the US.

The most recent example being Lulu Exchange UAE that announced its partnership with Ripple today and would use its cross-border remittance solution to facilitate a seamless transaction between UAE and India.

Through #RippleNet Cloud, LuLu Exchange and Federal Bank are transforming the cross-border #payments experience from UAE to India. Read more about the new partnership. https://t.co/S23YbmrfY6

Joseph Hynes, an NJ attorney with an interest in blockchain also pointed that partnership like these point out the flaws in the SEC lawsuit,

These are the kinds of steps you want to see after an SEC lawsuit – growth (meaning life). A lot of people will ask “does this use XRP”, but that’s missing the point. The real question is “can it use XRP?” The answer is yes, and that’s all that matters

The post Ripple Faces Another Lawsuit in Florida For Violating Securities Laws appeared first on Coingape. 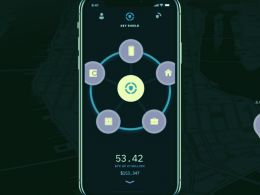 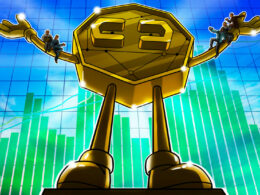 MTL, RGT and KSM post gains in excess of 36% after the ETH/BTC pair turned bullish and Bitcoin…
przezJordan Finneseth 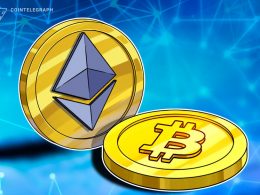 5 reasons Bitcoin and Ethereum plummeted 15% in a single day

Bitcoin and Ethereum fell 15% and 20%, respectively, in one day, but why so much and so quickly?…
przezJoseph Young