The “Bitcoin is dead” narrative has received the support of many naysayers and doubters over the years, especially in times when the cryptocurrency’s price has fallen sharply. So far, the hundreds of such assumptions have turned out to be wrong, and recent statistics showed that the number of doubters dropped significantly in 2020, as the asset price exploded to new highs.

With the emergence of an entirely new investment opportunity called Bitcoin over a decade ago, most people were either neglectful or skeptical about its existence and future success. As such, they began questioning its presence and started predicting its death.

This led to the creation of a designated website that follows such obituaries. It reads that there have been 395 such proclamations, with the first one being in 2010.

Interestingly, 2017 turned out to be the year with the most reported “Bitcoin is dead” claims (124) when the asset exploded to an all-time high at the time of nearly $2020. During the following year, when BTC actually retraced heavily to below $4,000, the obituaries declined to 93.

Since then, they have kept decreasing, and a recent report said that 2020 saw the least amount of such claims since 2012. The obituaries were just 13 – a decline of 68% from the previous year.

Correlation With Price, Adoption, And Fundamentals

2020 was a challenging year for various financial fields, including the cryptocurrency space. That was even more evident during the first quarter when the COVID-19-induced pressure plummeted BTC’s price by more than 50% in a day.

However, the primary cryptocurrency not only endured but ultimately thrived by the end of the year. It saw the start of institutional adoption with the entrance of names such as Paul Tudor Jones, One Asset River Management, MassMutual, MicroStrategy, and more.

The growing demand pushed the asset price to unseen highs, and BTC managed to break above $20,000 for the first time and neared $30,000 by the year’s end.

Unlike the previous such bull cycle in 2017, when the obituaries reached an ATH as well, the situation differed this time. Apart from the aforementioned adoption from large institutions, the asset’s fundamentals and network strength were significantly more solid.

This included all-time highs for the hash rate and the mining difficulty, suggesting that more miners have put their computational devices to work on the BTC network, daily active addresses, and other on-chain indicators.

XRP’s rise and fall over the past few months, in particular, has been pretty compulsive. When Bitcoin crossed…
przezLavina Daryanani 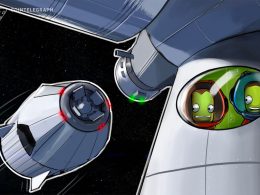 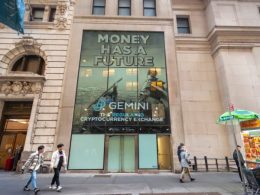 Just a few days after the world’s most populated nation blocked social media accounts of crypto influencers, all…
przezJordan Lyanchev