A leading U.S vape company is turning to blockchain technology to fight the vast number of product counterfeits in the market. Puff Bar announced recently that it would implement the VeChain blockchain to allow its customers to verify their products.

Puff Bar announced the blockchain integration via Reddit. As per the announcement, the company will be using the VeChain blockchain and VET tokens to fight counterfeits.

The company was one of the fastest-rising in the vaping sector since its establishment in 2019. However, in July last year, the Food and Drug Administration (FDA) ordered it to remove its products from the U.S market. The regulator claimed that Puff Bars never got permission to sell its products in the U.S. Additionally, its products were illegally appealing to children by mimicking the packaging of sweets and cereals.

Since it took its products out of the market, counterfeits have shot up rapidly. According to some media reports, counterfeit products account for 95% of the Puff Bar products in the market. This leads to millions of dollars in lost revenue for the company. Even more significantly, it can have adverse health effects for the users since some of the counterfeit products use harmful substances.

Puff Bar believes this is a problem Vechain’s blockchain can solve. With its products set to reenter the market in two weeks, the company wants to ensure its consumers can verify its products and avoid counterfeits.

It saves us money because essentially we don’t lose out on that missed revenue due to someone willing to buy counterfeits instead. It also helps prove more definitively that they are selling fakes for lawsuits and legal matters.

To do so, a consumer will click on ‘verify product’ on the company’s website. It will automatically open the camera on the phone where the consumer can take a picture of the product.

Within 5 seconds the technology is able to pick up the micro imperfections on the sticker that can’t be seen by the naked eye to verify whether this product is authentic or not.

Aside from implementing blockchain to fight counterfeits, the company will also integrate cryptocurrency payments for its products. As it further revealed on Reddit, the company will start accepting Ethereum (ETH) and Bitcoin Cash (BCH).

While it will be using the VeChain blockchain to verify its products, it will not support VET token payments. According to Reddit, this has to do with its cryptocurrency payments partner.

Since Coinbase will be our payments partner they do not support Vechain currently. Hopefully in the future.

Puff Bar becomes the latest company to use blockchain to fight the rampant counterfeit products. This malicious industry has continued to grow globally despite the rise in tech-based solutions to fight counterfeits. According to some studies, counterfeits account for 3.3% of all global trade. The Organisation for Economic Cooperation and Development revealed last year that fake goods are worth over $500 billion annually. 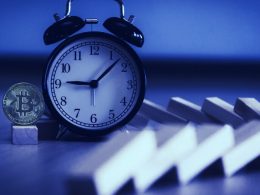 $3.6 Billion in Bitcoin Options Expire Friday. Here’s What That Means

About $3.6 billion in Bitcoin options are due to expire tomorrow, giving speculators their last chance to either…
przezJeff Benson 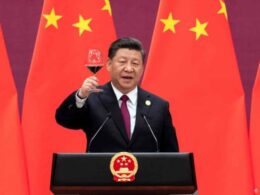 China Injects $19 Billion to Bail Out Evergrande, Here’s How Crypto Market Can Benefit

Bitcoin as a computer: ‘Theory of Bitcoin: Bitcoin Class’ looks at matrix operations, logic and microprocessors

The Bitcoin Class series is about thinking bigger—much bigger—about what Bitcoin can do, and what sort of system…
przezJon Southurst

According to the Poly Network, the hackers behind one of the industry’s largest-ever crypto heists have returned more…
przezMartin Young