As CEO Brad Garlinghouse stated in a series of tweets and a new blog post, 2020 was “a challenging, at times chaotic and stressful year” for Ripple. Nevertheless, it was also “a milestone year.” Last year, for example, Ripple processed nearly 3 million transactions on RippleNet, five times the volume of 2019.

On-Demand Liquidity (ODL), as the XRP-based sub-solution of RippleNet, saw even stronger demand and experienced 12x year-over-year growth, with 2020 transactions reaching a notional value of around $2.4 billion. Furthermore, the Ripple team closed an average of 2 new customer deals per week – in more than 40 countries around the world, with 18 being new to RippleNet.

As Garlinghouse also pointed out, customer interest remained high even after the SEC action on December 22. In total, Ripple signed 15 new customers after the SEC lawsuit “to finish 2020 with more customers than ever before.” The fintech saw the highest demand across 2020 in the Asia-Pacific region.

An increasing demand for digital financial services and payments interoperability in Asia Pacific (APAC) is further propelling the adoption of RippleNet amongst the region’s many SMEs, fintechs and PSPs. As such, it remains our busiest market for both customer demand and transaction growth – the number of deals signed in 2020 were up 80% year over year and there was a 1,700% growth in transactions.

Garlinghouse also described RippleX, which was launched in 2020, as a success. The company reaches 12 million users via the XRP Ledger (XRPL) and the Interledger Protocol, and works with more than 40 companies committed to the utility of XRP, including Coil, Forte, BRD, Bitpay, and Flare. In 2021, numerous projects will follow:

We will continue engaging the 100+ projects currently using XRPL by inspiring developers with best-in-class applications and functionalities.

As for Ripple Labs, 2020 saw the addition of over 100 “new faces” to the Ripple team, including several leadership members with strong backgrounds from Apple, PayPal, Amazon, Tesla, and Twitter. It also welcomed a new board member, Sandie O’Connor, former chief regulatory affairs officer at JPMorgan Chase. She will provide Ripple with “advice on key government relations and regulatory initiatives as Ripple pushes for regulatory clarity in the U.S.”

Garlinghouse’s outlook for Ripple in 2021

Looking ahead, Ripple’s CEO said the company will continue to drive new innovations in crypto and payments interoperability. One focus will be on central bank digital currencies (CBDCs):

Key to this will be our ongoing work with central banks and developing protocols that support the direct exchange of CBDCs on XRPL, using XRP as a bridge currency.

Regardless of regulatory uncertainty and the SEC lawsuit in the U.S., Garlinghouse is positive about 2021, acknowledging the continued strong support from customers and expressing optimism that 2021 will be even more successful than the previous year:

While there is still regulatory uncertainty in the U.S., we have been grateful for the support both publicly and in direct conversations from a broad, cross-section of our global community including customers, partners, shareholders, industry players and global regulators.

We ended the year strong and with the new administration and SEC leadership expected to be confirmed in the coming months — I feel well prepared and confident that we have the right team here at Ripple and ingredients in place to make 2021 even more successful than last year. 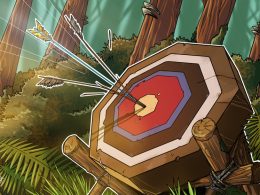 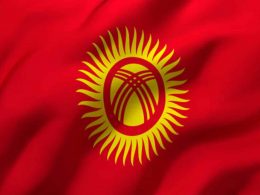 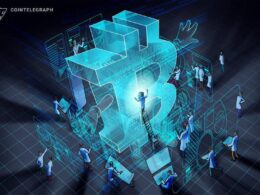 The flagship cryptocurrency has closed October in profits seven out of nine times since 2013, raising hopes that…
przezYashu Gola 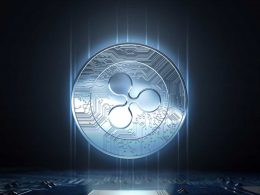 The cryptocurrency market is relatively in consolidation, with Bitcoin teetering between $40,000 and $37,000. Ethereum continues to struggle…
przezJohn Isige