The significant growth of decentralized finance (defi) applications has created an alternative financial system capable of competing against its traditional counterparts. Offering better rates and self-sovereignty, these new systems have the ability to change how people conduct financial transactions fundamentally. But due to the fragmented nature of the crypto industry, with competing blockchains, platforms, exchanges, and protocols, the user experience is suboptimal.

Many projects have tried to solve this problem, creating exchange aggregators meant to pool available liquidity to a single platform. Although this has helped to bridge the segmentation gap, these platforms still have many limitations. CEX aggregators can offer deep liquidity but are vulnerable to hacks and custodial risk; DEX aggregators give much more control to end users, but lack the volume, trading pairs, and spreads that are available through their centralized competitors. Orion Protocol has endeavored to fix these problems with the release of its initial product offering, Orion Terminal.

Getting the best of both worlds

Orion Protocol noticed the missing link between CEX and DEX liquidity aggregation and set out to develop a platform to solve this problem. They created a transactional network that takes the best from both iterations, with custody and final settlement being fully decentralized, while also offering users access to CEX liquidity and the other benefits they provide. Intending to establish decentralized access and ownership while simultaneously obtaining larger centralized liquidity pools and decreasing fees and slippage, Orion Protocol introduced its Orion Terminal, a one-stop shop to bridge this gap once and for all.

Established liquidity aggregators like Tagomi can offer increased market access but only through centralized custodianship. Using Orion Terminal, you never have to give third party access to your private keys or digital assets, as it is fully accessible through a digital wallet. When it comes to tradability, Orion Terminal leads the pack, offering users over 10,000 unique cryptocurrency trading pairs, well beyond the limited ERC20 token pairs that most aggregators offer.

Scaling is also an essential factor to consider; with most decentralized liquidity aggregators, even the largest ones like Uniswap, a sizable trade can wipe out an entire trading pool. Through aggregating every available order book, Orion Terminal provides the best prices, the lowest fees, and a low spread without the potential price slippage seen on most decentralized aggregators.

Before launch, the Orion Terminal platform was vehemently stress tested, with a code audit from one of the top blockchain auditors in the field, CertiK. Orion Protocol launched in mid-December, making it the first usable gateway to the entire cryptocurrency market. Orion Protocol built the terminal to be user-friendly, offering a wide range of trading tools and connecting users to the top exchanges in the world such as Binance, Coinbase, Kraken, and Uniswap. With thousands of trading pairs across various market sectors, Orion Terminal enables people anywhere in the world trading access with a single account, eliminating the need to navigate between different exchanges.

All of these combined features make Orion Protocol a leading option as a complete exchange aggregator, as it offers the best prices across every exchange with low platform fees, all accessible from a single digital wallet. Traders keep all their information in their own hands, away from hackers and thieves, while gaining liquidity access to the highest volume exchanges in the world.

Paving the way for mass adoption

Non-hybrid platforms have struggled to provide all of the features that cryptocurrency traders crave, creating an opening for Orion Protocol to fill. The Orion Protocol roadmap includes ambitious plans to implement lending, staking, NFTs, margin trading, enterprise solutions, and oracles. For the time being, though, its team is focused on rolling out Orion Terminal to more users, who can discover for themselves why the future of cryptocurrency trading is hybrid. 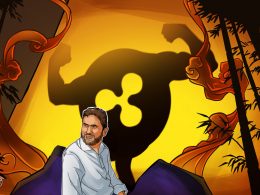 Ripple and its CEO Brad Garlinghouse had alleged that YouTube profited monetarily from fraudulent XRP giveaways. Ripple has…
przezGreg Thomson 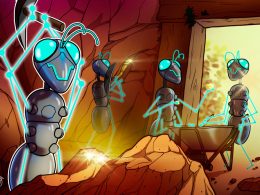 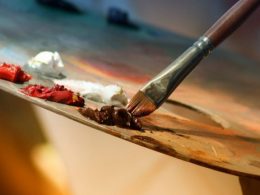 The Problem With Painting Blockchain With a Crypto Brush

Blockchain’s underlying decentralized ledger technology has many practical applications, yet, the value of the technology itself has in…
przezReuben Jackson