In a press release, Marathon Patent Group has announced the purchase of 4,812 BTC or $150 million in Bitcoin. With this announcement, the list of institutions accepting Bitcoin as a safe investment has grown once again. The company claims to be the only one listed on Nasdaq to have made a similar investment in the cryptocurrency.

Marathon Patent Group is a digital asset company dedicated to crypto mining. The company has been mining BTC since the 2017 bull market, and the recently announced BTC purchase was made through a financial services firm specializing in Bitcoin, NYDIG. According to the statement, the firm took advantage of the recent decline in market prices to “capitalize” and make the purchase on favorable terms for the company.

Marathon CEO and Chairman Merrick Okamoto said the purchase strengthens and accelerates their position as the only “de facto” option for individuals and institutions interested in getting exposure to bitcoin. In addition, Okamoto stated:

We also believe that holding part of our Treasury reserves in Bitcoin will be a better long-term strategy than holding US Dollars, similar to other forward-thinking companies like MicroStrategy.

Okamoto seems interested in selling the future correlation of their company’s stock with Bitcoin’s price performance. Knowing that there is great demand and little supply for institutional financial products that offer exposure to BTC, Okamoto hopes to attract institutions to invest in Marathon.

As the monitor Ecoinometrics shows, MicroStrategy’s shares have grown by 328% since the announcement of its strategy to adopt Bitcoin as its primary reserve asset. In comparison, BTC has had a performance of 189% and Nasdaq of 22.9% over the same period.

Ecoinometrics recently evaluated that MicroStrategy’s stock are “one of a kind,” but Marathon’s announcement could change that. In addition, Marathon has the advantage of being a company with a significant share of the Bitcoin mining market. With a market capitalization of 1.7 billion, Marathon is the highest rated Bitcoin mining company on the US stock exchange.

At the beginning of the year, the company raised nearly $250 million in an equity round. Okamato revealed to crypto news website The Block that the funds were used to make a Bitcoin purchase. The round was part of a strategy by the company to increase its funds in BTC.

Okamoto stated that they have purchased 103,060 pieces of Bitcoin mining equipment in addition to the 70,000 they purchased in August last year for $170 million. Marathon’s CEO estimates that by 2022 if Bitcoin network’s current difficulty rate is maintained, they will produce about 55 to 60 BTC per day. Okamoto added:

However, by leveraging our cash on hand to invest in Bitcoin now, we have transformed our potential to be a pure-play investment into a reality. I would like to thank the entire NYDIG team for offering their unique products and services for public companies, and for working with us to expedite this process and ensure the transaction was made on the best possible terms for our business and our shareholders. 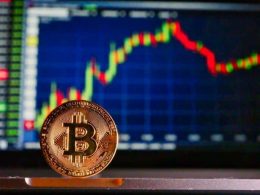 Projects based on Polkadot (DOT) will face constant buying pressure due to the “locking” model. The list of…
przezReynaldo 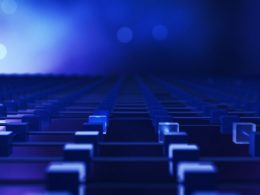 More users are using decentralized applications (dapps) based on Binance Smart Chain, despite concerns that the blockchain platform…
przezAndrew Asmakov