Experts argue over most likely outcome of SEC lawsuit against Ripple

The SEC lawsuit against Ripple continues to be the most controversial in the crypto community. A current seemingly overwhelming majority believes that a settlement is the most likely outcome. Just yesterday, Jeremy Hogan of law firm Hogan & Hogan discussed conceivable scenarios.

The attorney concluded that a settlement with a large fine or penalty for the 2013-14 and perhaps 2015 sales and some sort of control or restriction on the sale of escrowed XRP is the most likely outcome of the case in his opinion. In assessing that a settlement will occur, Hogan joins Abra CEO Bill Barhydt and Uphold CEO JP Thieriot, among others.

The popular “Magic” analyst now also expressed optimism  that President Biden’s choice for the U.S. Treasury, SEC and OCC, will provide much needed regulatory clarity in the United States. This could ultimately benefit Ripple and XRP as well.

With Gary Gensler heading the SEC, Janet Yellen heading the US Treasury, and former Ripple executive Michael Barr poised to lead the US OCC, there is clearly going to be a focus on sweeping crypto regulatory reform in the US, and I’m optimistic for Ripple and XRP.

Over the last week, former Federal Reserve Chair and now President Biden’s choice for Treasury Secretary, Dr. Janet Yellen, caused a stir when she stated that digital assets could improve the financial system. The XRP community saw her words as a positive signal:

I think it important we consider the benefits of cryptocurrencies and other digital assets, and the potential they have to improve the efficiency of the financial system. […]

If confirmed, I intend to work closely with the Federal Reserve Board and the other federal banking and securities regulators on how to implement an effective regulatory framework for these and other fintech innovations.

However, Phil Liu, the co-founder of New York-based crypto asset management firm Arca, expressed a completely opposite opinion to the Wall Street Journal yesterday. Liu predicts that XRP will be “a remnant of history” by the end of this year, as the SEC’s charges are “compelling.”

In addition, Liu also claimed that XRP is Ripple’s main source of revenue, while declaring the other products “inadequate.” Regarding the first point, the lawyer referred to an interview of Ripple CEO Brad Garlinghouse with the Financial Times, in which he revealed that Ripple would not be profitable without XRP sales:

We would not be profitable or cash flow positive, I think I’ve said that.

Ultimately, Liu believes that Ripple could become insolvent by the end of 2021, as the company has no alternative to the XRP sales that are the center of the SEC charges:

I don’t see a viable alternative to replace XRP sales except to move out of the US and exclude US investors from buying XRP. They would have to start from scratch, because all XRP profits would be disgorged since they all occurred when Ripple was a US-based company.

AMBCryptoThis is how confident whales are about Ethereum’s price

Ethereum has lost nearly 60% of its value since its peak back in May. However, the scale of…
przezNamrata Shukla

The cryptomarket’s altcoins made up slightly for the losses incurred yesterday. Ethereum’s 0.2% gain helped it continue trading…
przezAnushmita Samal

Russia’s largest bank – Sberbank or Sber – has been taking some significant steps in the blockchain space.…
przezShubham Pandey 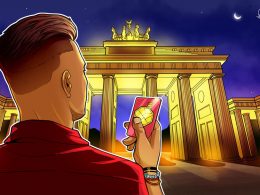