As discovered by the VeChain community on Reddit, an application was filed with the U.S. Patent and Trademark Office by VeChain Global Technology, S.AR.L (Luxembourg) back in February 2019, and has now been published on December 10. The patent application describes a method that uses an application server, a blockchain node, and computer-readable storage media to logistically track an object.

Simply put, it is a patent application for tracking NFC tags, commonly referred to as IoT devices in the application, on the blockchain. One community member commented on the patent via Reddit, saying, “Kinda looks like VeChain patenting digital supply chain…is that even real lol.”

While the statement is not entirely accurate, as the patent relates exclusively to the supply chain industry, the fact that VeChain is filing the patent in the U.S. has nonetheless created a lot of buzz in the community.

In current logistics solutions, a barcode is placed at the beginning of an object’s shipment to track the supply chain process. However, according to the patent application, these barcodes are easily copied and can be attached to other items. In addition, all logistics information is stored on a central server of the logistics company and can therefore be easily manipulated or stolen.

According to VeChain, these operations can ensure that the object being transported is not replaced during the transport process and that the object’s information is not leaked or tampered with. This is ensured as follows, according to the filing: 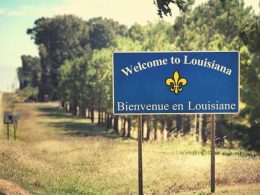 The crypto market remained bullish for the past few months, which attracted much attention from global investors. Furthermore,…
przezAkashnath Sumukar 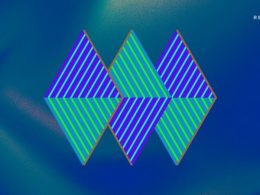 Introduction to the Hegic Protocol 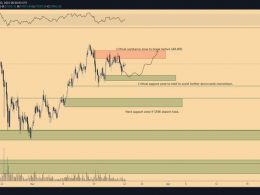 Bitcoin set for a breakout towards $68,000 – These are the key levels to watch

Bitcoin (BTC) has formed bullish signals within the recent consolidation phase and established support at $55,000. The upside…
przezReynaldo