Blockroots founder and Bitcoin trader Josh Rager elaborates that Bitcoin became a victim of a “Black Swan” event after its price rose from $7,000 to $10,000 in March, and as a result, the price fell to USD 3,000. By mid-year, Bitcoin had recovered and is now showing a new all-time high at the end-of-month candle close over each of the last three months. According to Rager, Bitcoin could test the $30,000 mark by the end of this week.

After a push from $7k to $10k, Bitcoin experienced a Black Swan drop to $3ks

Followed by an epic close with the final three months hitting a new ATH $28k+ pic.twitter.com/spHYVowrHy

Bitcoin’s fundamentals are strongly bullish, so much so that trader “yTedd” is also forecasting a price rise in BTC towards the $30,000 mark. In his opinion, however, this could be followed by a correction lasting several weeks, in order to turn the fulminant price increase of the last few weeks into a healthy and sustainable development. This is another reason why traders should be vigilant, as Bitcoin is currently showing very high volatility.

Those that trust the cloud will ride above 30,000$$BTC pic.twitter.com/8ApuO8Npdr

However, not all experts are showing bullishness. “Il Capo Of Crypto” warns of a possible correction down to the support level of $25,000 . Bitcoin showed strong price fluctuations of up to $2,500 in recent days, so this scenario does not seem unlikely. He also points out that Bitcoin can first rise to $30,000 and then the correction could start.

Shakeout to 25k is possible from here.

The order books of many exchanges do not show any big “sell walls”, so Bitcoin trader “SalsaTekila” also believes that the way is clear for a further price increase towards 30,000 USD. Nevertheless, he also points out to his followers that a correction should follow in the next few days, otherwise Bitcoin will move into the overbought zone according to the RSI (Relative Strength Index).

$BTC looks like it wants to send. No sellers showing up at the highs. I’m not short anymore, nor ‘hedged’, seems like price discovery is about to continue… pic.twitter.com/6F83p0B9Ql

In addition to the well-known market giants Grayscale, MicroStrategy or PayPal, more and more big players from the free market are entering the Bitcoin market. For example, NexTech AR announced in a new press release that it will invest $2 million in Bitcoin as a first step to hedge against the FED’s inflationary monetary policy.

This initial investment reflects our belief that Bitcoin is a long-term store of value and an attractive investment asset with more long-term appreciation potential than holding cash, which is currently yielding 0.06%.

According to CEO Gappenberg, Bitcoin is emerging as a digital alternative to gold, so more investments in Bitcoin will follow next year. Furthermore, the mayor of the city of Miami caused a stir when he expressed openness to the idea of putting 1% of the city’s financial reserves into Bitcoin. Anthony Pompliano had previously called for his tweet to be shared if US citizens were to move to the city, insofar as the mayor was taking this step.

Retweet this if you would move to Miami if Mayor @FrancisSuarez put 1% of the city’s treasury reserves in Bitcoin. 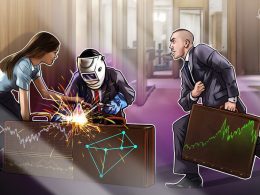 DeFi and traditional finance could converge thanks to tokenization

It won’t be easy to bring DeFi to be on par with traditional finance, but tokenization can help…
przezTing Peng

Bitcoin could theoretically rise by 160%, IF this happens

According to a recent research report by Bridgewater Associates, Bitcoin’s price could theoretically rise by at least 160%…
przezSamyuktha Sriram 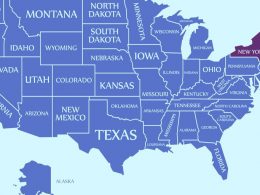 New York Is Done With Tether. Will Other States Follow? 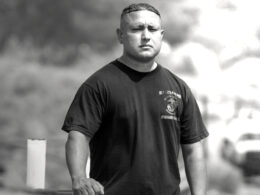 Legalized Theft: Police Seize $87,000 From Former Marine but Don’t Charge Him With a Crime