As a first step towards its fully comprehensive service, XENO NFT Hub launched a recent VIP service to select users and early adopters in December 2020 with plans for a full Public Beta to open in June 2021.

“NFTs are extremely flexible in their usage, from digital event tickets to artwork, and while NFTs have a very wide spectrum of uses and categories XENO will initially focus its partnership efforts and its own item curation on three primary areas: gaming, sports & entertainment, and collectibles.”, said XENO NFT Hub president Anthony Di Franco.

He also added “This does not mean we will prohibit other types of NFTs from our ecosystem However, it simply means that XENO’s efforts as a company will be targeted into these verticals initially as a cohesive business approach.”

Development and Procurement Lead, Gabby Dizon explained, “Despite our initial focus, we found ourselves with a unique opportunity to host some of the works of Mr. Hiro Yamagata. We are collaborating with Japanese artist Hiro Yamagata to enshrine some of his artwork into NFTs.”

Mr. Yamagata has been considered by many as one of the most famous silkscreen artists because of the use of vivid colors in his pieces. However, he has also been known more recently for his contemporary works using laser and hologram technology. He is recognized as a pioneer of contemporary laser art. Some of his most famous works include, ‘Dreams of Disney’ and ‘Restoring of Mercedes-Benz’.

“Now through the power of blockchain and its application in NFT technology, Mr. Yamagata’s works are immortalized into an immutable public ledger. That is a very powerful thing for both artists and art collectors alike”, Mr. Di Franco added.

One of the most important factors in the art world is provenance and the history and context of both the artist and the artwork itself. Now through the use of blockchain, there is a complete and fully transparent history of the artwork’s lifespan starting at the artist and ending at current owner. NFTs bring unprecedented ownership and historical accuracy with guarantees that cannot be provided elsewhere.

“The NFT market is still young, but many like Mr. Yamagata, have expressed interest in using this new medium to reach a new market and bring value to their existing clients. There is a growing movement of individuals and businesses that have a purchasing appetite for these unique digital assets”, continued Mr Dizon.

XENO’s VIP service commenced with Mr Yamagata’s (and other digital items) listed in auction and direct sale formats with great success and positive feedback from users. It is looking to roll out a wider Closed Beta in the near future while ramping up for a full Public Beta launch on its own network in June 2021. 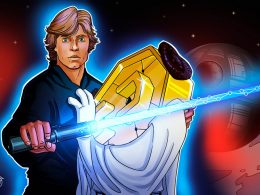 May the 4th be with you: StarColl debuts Star Wars NFT collection 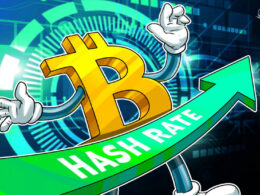 Bitcoin hashrate triples since June 28 in recovery from China syndrome

Hashrate has now recovered to early June levels indicating that miners are coming back online after China’s crackdown.…
przezMartin Young 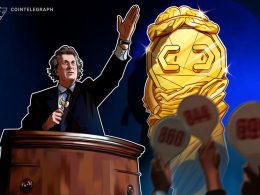