Bitcoin activist and the CEO of Nasdaq-listed MicroStrategy, Michael Saylor believes that the flow of money from real-world conventional assets into Bitcoin (BTC) is neither a bubble nor a rally but a chain reaction. The now trending CEO, due to his company’s massive investments in Bitcoin stated this on Twitter, in his usual bid to advocate for the adoption of Bitcoin.

Saylor noted that the flow of money from conventional assets into BTC is significantly driven by the increasing risk of global currency devaluation, been fueled by the continuous rollout of COVID-19 stimulus packages. These stimulus reliefs are meant to be funded with more printed fiat notes, causing excessive circulation of the currencies, thus sending in the inflationary spike. Per Saylor’s beliefs, this trend is not ending anytime soon.

From Saylor’s own words;

“Money is flowing out of conventional assets into #Bitcoin due to the escalating risks of global currency devaluation, technology disruption, social dislocation & political uncertainty.  This is not a “rally” or “bubble” – it’s a chain reaction spreading like a fire in cyberspace.”

Market analysts and pro-Bitcoin investors such as Michael Saylor has been making insistent bullish calls on Bitcoin and its prospects, a move that appears to be attracting more retail and institutional investors to pump liquidity into the digital asset that has rallied at least 215% in the past year.

Among these bullish calls came from the multinational investment bank, JPMorgan Chase & Co, noting that Gold, the most compared real-world asset competing with Bitcoin, will likely suffer for years because of the rate of adoption as well as the growth of BTC. Calls like this have made prominent Gold investors convert their assets to take a position with Bitcoin. Besides the individual investors ditching gold for BTC, institutional investors have also been observed to dump Gold Exchange Traded Funds (ETFs) to buy up Bitcoins.

While Michael Saylor believes the current adoption rate of Bitcoin is going to be here for a very long time, renowned Bitcoin critic and Gold activist Peter Schiff believes that the BTC bubble will soon be over, and when that happens, Gold will eventually win.

The post MicroStrategy CEO Says Flow of Money From Conventional Assets Into Bitcoin Not a Bubble appeared first on Coingape.

AMBCryptoMiners are up to something, but how will Bitcoin respond

It has almost become a norm to accumulate Bitcoin whenever its price oscillates in the lower ranges. In…
przezLavina Daryanani 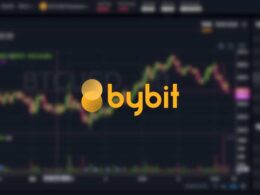 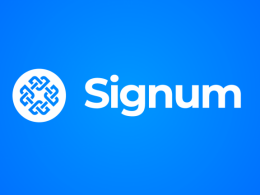 Zürich, Switzerland, 1 July 2021 – Anyone with a green conscience can now join the crypto movement. The…
przezBitcoin.com PR

With Bitcoin closing in on the $40,000-level and Ethereum trading at record levels, most altcoins were trading in…
przezSaif Naqvi