The Securities and Exchange Commission (SEC) is filing a lawsuit against the American technology company Ripple. Likewise, the SEC considers XRP, Ripple’s official digital currency, an “unregistered securities offering”, which was sold for $1,3 billion.

In a new report, the SEC is also taking action against two of its executives: Bradley Garlinghouse, CEO of Ripple, and Chris Larsen, co-founder. According to the federal entity, both the CEO and the co-founder raised capital by selling XRP like a digital asset, like Bitcoin or Ethereum, in an unregistered securities offering — which must be under the SEC’s Investor-protector Law:

“Issuers seeking the benefits of a public offering, including access to retail investors, broad distribution and a secondary trading market, must comply with the federal securities laws that require registration of offerings unless an exemption from registration applies,” stated Stephanie Avakian, Director of the SEC’s Enforcement Division.

Throughout the statement, the SEC declares that Larsen and Garlinghouse failed to inform the records and sales of their transactions. The entity also pointed out that both executives benefited from personal unregistered sales of XRP as well, approximately $600 million.

“We allege that Ripple, Larsen, and Garlinghouse failed to register their ongoing offer and sale of billions of XRP to retail investors, which deprived potential purchasers of adequate disclosures about XRP and Ripple’s business and other important long-standing protections that are fundamental to our robust public market system.”

An “Attack On Crypto”

Garlinghouse referred to the lawsuit as an “attack” on cryptocurrencies and stated that the SEC is only looking to regulate innovation in the crypto-space. Likewise, Larsen said that Ripple is considering leaving the U.S. due to the “strict regulated climate” for the cryptocurrency industry, during an interview with Fortune Magazine.

David Schwartz, CTO at Ripple, referred to the lawsuit with irony, stating that:

The United States is one of the few countries where regulators will, after years of you operating in full light of day and frequently updating them on everything you’re doing, turn around and tell you that you should have known you were breaking decades old laws all along.

As expected, the recent report caused a sharp reversal with the price of XRP slumped to -8.57%, according to Coinmarketcap charts.

Panic selling and general negativity surrounding the statement from Ripple’s CEO’s saying that the company will be sued held the price down to -5% in the first few hours. In the last week, XRP has dropped to a total of -20%, recovering only 2 % today. 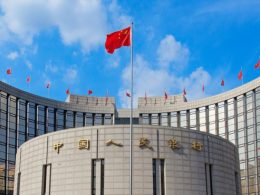 The Chinese city of Suzhou is launching another large trial of China’s digital yuan initiative. The Suzhou government…
przezWolfie Zhao 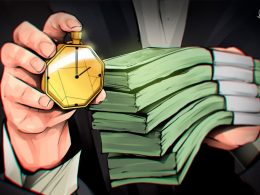 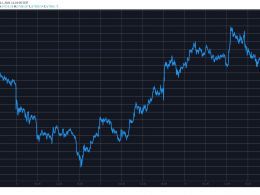 Bitcoin continued with recovering the most recent losses and ever went further to a six-day high at $38,500…
przezJordan Lyanchev