Hashed, a team of blockchain experts and developers based in South Korea, Seoul, and Silicon Valley announced today the successful launch of Hashed Venture Fund I with a total of $120 million in capital. The blockchain technology-focused investment group, led by its CEO Simon Kim, had just registered Hashed Ventures, Inc. in September.

After three months of existence, the company has now already raised $120 million and will thus consolidate its pioneering role in South Korea. Aiming to promote mass adoption of blockchain technology, Hashed will financially support blockchain projects around the globe in the future. To this end, Hashed will provide research and consulting services in addition to capital, working to realize significant growth for the industry.

Through the Hashed Venture Fund I, Hashed will invest in blockchain and other technology startups that advance the “Protocol Economy.” The term was originally introduced by Simon Kim and refers to an open economy underpinned by independent and consensus-driven protocols that can reward participants more fairly and directly across digital assets.

By strategically targeting the problems of platform giants and investing in innovative solutions, Hashed aims to capitalize on the potential growth of future Protocol Economy markets. CEO Simon Kim commented on the launch:

By ushering in the era of protocol economy, the Korean domestic startup scene will witness the resurgence of the blockchain industry as well as its maturation market attracting both government and institutional support for the new paradigm.

Hashed is pushing the blockchain adoption in Asia

Back in April 2019, Hashed led a $1 million pre-A investment round for dapp.com. Previous investments also include Handshake, QuarkChain, and Oasis Labs. Hashed also evangelized and accelerated blockchain integration in Asia’s largest IT companies such as Kalytn by Kakao and Link by Line. 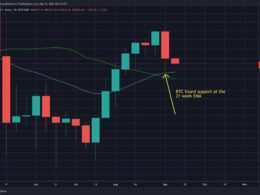 After a week filled with volatility and fear, BTC still managed to hold the critical 200-day and 21-week…
przezDaniel Joe 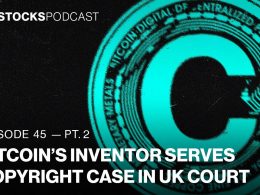 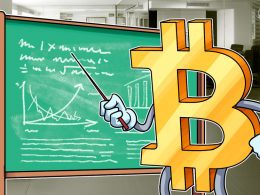 Bitcoin bulls are aiming to close the overhead CME gap in order to create a path to $18,000.…
przezRay Salmond