The broader crypto market has entered a strong correction losing 4% or $34 billion over the last 24-hours. While Bitcoin (BTC) takes a dive below $23,000 levels, it still continues to extend its dominance in the market. At press time, BTC is trading at $22,982 with a market cap of $428 billion and a massive 69% market dominance.

The reason behind the rising BTC dominance is an even deeper correction in the altcoin space. The XRP price crash in the last 48 hours has pulled down other altcoins heavily. Almost all of the top-10 altcoins have currently corrected to the tune of 5-20%.

Bitcoin Dominance going parabolic thanks to XRP carnage, dragging many alts down along with it. pic.twitter.com/m5rrcSMUnu

“$1 billion worth of futures contracts were liquidated in the last 24 hours. Bitcoin only accounted for $258 million of it. Most came from XRP ($272m), Ethereum ($155m), and EOS ($102m), with Litecoin, Chainlink trailing behind. Overleveraged altcoin market capitulation”.

At press time, XRP is down 32% trading at $27 with a market cap of $12 billion. With the recent correction, XRP loses its third position to Tether (USDT). The latest price correction happens as the SEC slaps a lawsuit on Ripple for selling unregistered XRP securities.

Just within a week’s time, XRP has lost a massive $17 billion from its valuations. Interestingly, XRPs latest price correction seems very much similar to the one before the crypto started its mega rally in December 2017.

If you want to know what it felt like the moment before the start of the 2017 end of year bull run, where price went from $0.20 to $3.40, here is the XRP/BTC price chart of that exact moment right before it began. pic.twitter.com/9eSRvZv3eY

However, the thing with XRP this time is that it has locked horns with the topmost regulator in the U.S. The uncertainty over XRPs status is one of the key reasons behind the fading investor interest in the cryptocurrency. Interestingly, just after the SEC sues Ripple, Chairman Jay Clayton submits his resignation. Ripple CEO Brad Garlinghouse has alleged a vendetta by Mr. Clayton against the blockchain startup.

Statement from Chairman Jay Clayton on his last day at the SEC https://t.co/yKbzw9WDR5

The recent market correction has pushed all the top-ten altcoins in the negative zone, except Litecoin (LTC). The LTC price is down 6.35% at press time but still continues to hold strongly above $100 levels. On the weekly charts, the LTC price is up 13.27% i.e. even higher returns than Bitcoin.

On the other hand, the Grayscale portfolio continues to grow in size. Over the last 24-hours, Grayscale added $500 to its assets under management taking it above $16.4 billion. The Grayscale Bitcoin Trust (GBTC) has over $14 billion in AUM.

12/23/20 UPDATE: Net Assets Under Management, Holdings per Share, and Market Price per Share for our Investment Products. 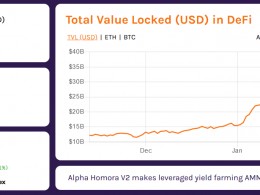 Monero rose to touch its two-year high and was strongly bullish on the charts. Ethereum Classic approached the…
przezAkashnath Sumukar 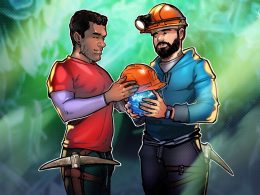 New York senators have amended a proposal to ban all crypto mining for three years, and are now…
przezBrian Quarmby 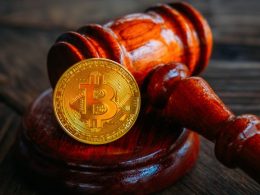