The biggest crypto-related news of the month is that of Coinbase filing a draft S1 document to the U.S. Securities and Exchange Commission, signaling its intent to go public in the weeks and months ahead.

The firm announced on December 17th:

“Coinbase Global, Inc. today announced that it has confidentially submitted a draft registration statement on Form S-1 with the Securities and Exchange Commission (the “SEC”). The Form S-1 is expected to become effective after the SEC completes its review process, subject to market and other conditions.”

While it is argued that buying Bitcoin and cryptocurrencies is a better way to obtain exposure to this asset class, the market seems to be all over a Coinbase IPO.

Pre-IPO contracts for the leading digital asset exchange have begun to garner traction in the crypto industry, showing the demand for the shares of Coinbase and further accentuating how heated markets are at this very moment.

Trying to capture the recent hype around the imminent arrival of an initial public offering, derivatives-focused crypto exchange FTX released pre-IPO contracts for Coinbase. As the site explains:

“Coinbase (CBSE) is a pre-IPO contract. It tracks Coinbase’s market cap divided by 250,000,000. CBSE balances will convert into the equivalent amount of Coinbase Fractional Stock tokens at the end of Coinbase’s first public trading day. In the event that Coinbase does not publicly list by June 1, 2022, CBSE balances will cash-expire to $32, in line with an 8 billion dollar valuation.”

The contracts are already surging despite uncertainties about the IPO pricing, the time of listing, and a few growing fears that the macroeconomic situation may soon favor risk-off assets.

As noted by Santiago R. Santos of Parafi Capital, Coinbase’s pre-IPO contracts are now trading at an “an implied ~$70B market cap.”

Coinbase Pre-IPO contracts trading at an implied ~$70B market cap. If it holds, Coinbase would be worth:

This IPO will capture investors’ imagination of what is possible in crypto the same way Google did it for the Internet https://t.co/JvwDjFPI73

While Coinbase is undoubtedly a powerhouse in the space, it has been suggested that this is above fair value for the firm.

Crypto-asset research firm Messari found in a recent analysis that Coinbase “could command [a] $28 billion valuation.”

The issue here is that with extremely low interest rates, stimulus passing left and right, and an influx of investors in all markets, Coinbase could swell far above its “fair value,” even in the near future.

We’ve seen this already with Airbnb, where shares literally doubled on the first day of trading to make the company one of the most valuable in the world. 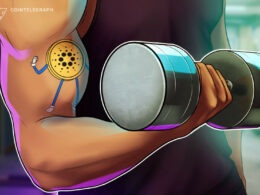 The classic technical pattern points to a 20% price rally in the Cardano market, with its profit target…
przezYashu Gola

2021 is not the same as 2017. While this particular statement has been redundantly used, it is essential…
przezBiraaj T 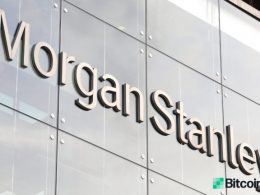