“Upon preliminary review of the FinCen [Financial Crimes Enforcement Network] proposal as well as the wallet verification requirements, I think the proposal of extending the CTR requirement to crypto exchanges and having to collect the physical address of the recipient would mean great operational and administrative burden for exchanges,” OKCoin’s chief compliance officer, Megan Monroe-Coleman, told Cointelegraph.

Rumors of potential new crypto wallet laws made the rounds in the crypto space for weeks before Mnuchin finally dropped the bomb on Dec. 18, prior to his expected exit from office. Just a proposal at this stage, the new regulation would require identifying information on parties sending crypto amounts exceeding $3,000 to an independent wallet. If moved between exchanges, the limit rises to $10,000.

After the unveiling on Friday, industry parties have a 15-day window to comment on the proposal. “FinCen has specifically cited ‘national security’ as the reason for the proposal and an extremely short timeline for comments,” Monroe-Coleman said, adding:

“Therefore, OKCoin’s comments which we will submit to them will focus on the challenges that we foresee to our business and the industry as a whole. We would like to request that FinCen issue practical and clear guidelines as well as allowing a generous grace period to increase the likelihood of a successful implementation by the industry, in light of the reality that there is no clear solution or industry wide tools that can help us to comply.”

The proposal, however, did not turn out to be as crippling as initially rumored. Prior to its release, a number of U.S. congressional members spoke out against potential details of the legislation, which included word of a whitelist of permissible addresses that did not end up in the proposal.

FD7 Ventures investment fund predicts that the price of Cardano (ADA) and Polkadot (DOT) could increase 20-fold. This…
przezCollin Brown 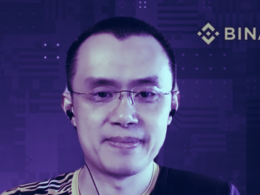 Binance CEO CZ Still Says His Company Has No Headquarters 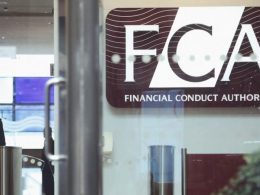