In a press release, the VeChain Foundation has announced its participation in the RMIT Blockchain Innovation Hub. Created by the Royal Melbourne Institute of Technology (RMIT), the initiative is part of an interdisciplinary team of researchers from renowned entities.

The team seeks to provide a deep understanding of cryptocurrencies and blockchain technology, business strategies, regulations, governance, political, social, and healthcare, among other areas. In doing so, the RMIT Blockchain Innovation Hub will drive the adoption of this new asset class by identifying challenges that must be overcome to “accelerate this economic revolution”, as the press release claims.

The RMIT is one of the most prestigious academic institutions in Australia and number 10 in the Times High Education global ranking. The initiative will involve scientists and researchers from the ARC Centre For Automated Decision-Making and Society (ADM+S), the Australian Journal of Politics Science, and others. They will work with VeChain’s Chief Scientist, Dr. Peter Zhou.

Blockchain governance plays a vital role in growing a healthy and sustainable blockchain ecosystem. This research collaboration is going to answer some of the most important and fundamental questions about blockchain governance and will contribute to the long-term growth of VeChain’s ecosystem and to achieving our goal of mass adoption.

The team of researchers will then make a comparative framework of the tradeoff involved in using this kind of decentralized network. In this way, a governance model will be built that has greater incentives for investors and users to be part of the decision-making model around a blockchain.

The benefits of the model should bring more participants into the network and expand the VeChainThor ecosystem into new industries. In that sense, RMIT Blockchain Innovation Hub co-director Dr. Chris Berg added:

The RMIT Blockchain Innovation Hub is excited to be working with one of the world’s leading blockchain platforms to explore and research governance models for public blockchains. With this important research we are hoping to build towards a general theory of blockchain governance contributing to VeChain’s ecosystem and providing benefit to the broader blockchain community. 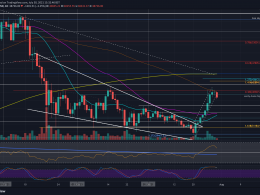 Bitcoin Bitcoin saw an impressive 20% price hike this week as it reached the $40K resistance level. The…
przezYaz Sheikh

AMBCryptoLeverage or no leverage, which one is it for Bitcoin?

At the beginning of the week, on March 15, 2021, $738 Million of Bitcoin longs were liquidated. Of…
przezEkta Mourya 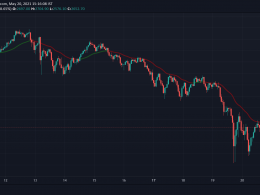 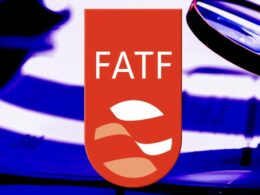