During a discussion via Discord yesterday, IOTA co-founder Dominik Schiener confirmed a new detail about Colored Coins. As CNF reported, the Colored Coins are an eagerly awaited feature, also known as “digital asset functionality”, which will not be released immediately with Chrysalis phase 2, contrary to the original plan.

IOTA Colored Coins are earmarked coins that can represent or tokenize real-world assets in a tamper-proof manner. In other words, IOTA Colored Coins work by assigning an existing IOTA token to an object using “coloring,” i.e., a label in the hash. The IOTA token is used as a carrier, which can have a different meaning in certain contexts.

However, as Dominik Schiener now revealed, there will also be a second type of Colored Coins. A user asked the IOTA co-founder if the plan to have two types of Colored Coins – one that colors actual IOTA tokens and one that is created out of thin air and would be less secure since it is not verified by all nodes – will be implemented. Schiener responded to this:

Correct. The other tokens can be created similarly to ERC-20 with IOTA Smart Contracts. You can also switch between the two, so an ERC-20 token can be converted to a colored token for extra security and better interoperability with other Smart Contracts.

Dominik Schiener also commented on another project with high expectations: IOTA Access. The protocol was released in a first alpha version at the end of September in cooperation with Jaguar Land Rover, STMicroelectronics, EDAG, RIDDLE&CODE, NTT DATA Romania, ETO GROUP and BiiLabs.

IOTA Access is an open source framework used to build access control systems for smart devices. It is designed to work with any IoT resource. This means that whether it is a vehicle, smart lock or sensor, it can be integrated with that device. On the launch of IOTA Access, Schiener now confirmed:

In addition, Schiener also revealed that there is already an initial partner in the real estate industry that will use IOTA Access to give all of its employees access to buildings. Schiener stated:

Brilliant! I could give all my employees access to the building, but I can also imagine giving them access to the cash register, for example? […] We’re right now working with a large real estate developer to get them on board as the first use case. 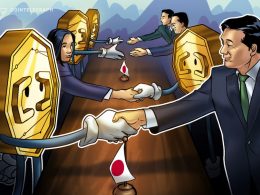 The past few days have demonstrated how organized groups can shake the well-established stock market. This organized movement…
przezNamrata Shukla 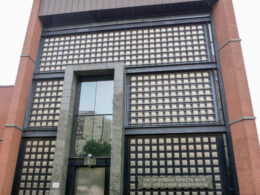 DeFi lending protocol Compound is losing its lead attorney.  On October 1, Jake Chervinsky tweeted that he would…
przezKollen Post