A number of notable on-chain metrics for Ethereum have emerged recently as its price hit its highest level since May 2018.

Ethereum prices have remained stable at around $645 over the past 24 hours as big brother hovers just below its newly formed all-time high.

The second largest crypto asset in the world hit a peak price of $675 on Thursday, Dec. 17, but it has fallen back a little since then. Analyst ‘CryptoHamster’ has identified a number of bearish indicators that could spell another correction for Ethereum;

“Currently, it has formed an ascending triangle accompanied by a bearish divergence and potentially a blow-off top.”

Multiple bearish signs were ended up in a 16% correction for #Ethereum.
Currently, it has formed an ascending triangle accompanied by a bearish divergence and potentially a blow-off top.
Parabolic SAR bull/bear flip on a daily time frame matches the wedge support.$ETH $ETHUSD pic.twitter.com/ooOYJaKYue

There have been other interesting metrics such as the percentage of Ethereum supply being held on exchanges staying low during this market-wide crypto rally, as noted by Santiment.

The percentage of #Ethereum‘s supply being held on exchanges has stayed low during this market-wide #crypto rally. Meanwhile, #Bitcoin‘s supply is slowly coming back on since its big move off exchanges last week. Often, this can be indicative of #altcoins pic.twitter.com/Mu4o3CZD9E

“Often, this can be indicative of altcoins being foreshadowed to make a run of their own. But understand that this could be a riskier play if BTC ends up faltering and taking the crypto markets down with it.”

There could be a couple of reasons for this, firstly the usage of ETH in DeFi protocols and secondly the increasing amount of it being staked on the ETH 2.0 Beacon Chain.

According to Defipulse.com, there is just over 7 million ETH, or roughly 6.24% of the entire supply, locked up in various yield earning protocols and liquidity pools. This is all ETH that would otherwise be stored on exchanges or in wallets.

Additionally, there is now 1.54 million ETH, or 1.35% of the supply, locked into the ETH 2.0 deposit contract. This will not be seen again for at least 18 months as it cannot be redeemed until Phase 1.5 merges the existing ETH 1.0 chain with the new Beacon Chain.

At current prices, it is just shy of a billion dollars’ worth of Ethereum, pre-invested in the network’s future.

The news is not so great for users of the Ethereum network as gas fees have spiked to a three month high according to Bitinfocharts.com.

Currently, the average transaction costs $5.23, a surge of over 200% since levels last weekend. DeFi researcher Chris Blec posted the usual derogatory dig at the network.

For those wanting to save on gas fees, which are not going to get any cheaper over the next year, there are always solutions such as Loopring’s Layer 2 DEX or the Plasma powered OMG Network. 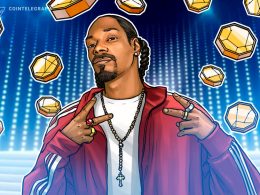 Elon Musk doubles down on his support for Bitcoin; will the price surge like last time?

Just a few days ago we saw Elon Musk, the CEO of Tesla add Bitcoin to his Twitter…
przezNamrata Shukla 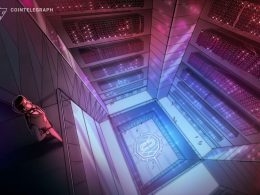 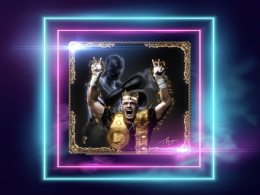