Elon Musk Tweets About Bitcoin: A Closure To Another Tweet From January?

Bitcoin has become a part of the mainstream media. While it might have been odd to tweet and discuss bitcoin a few years back, throughout the past few months, we saw a growing number of some of the most influential figures and companies talk about it.

Elon Musk is a veteran Bitcoin commentator, and he’s also known to comment on some other cryptocurrencies, though it’s been a while since he last tweeted something about BTC.

Today, at the peak of a calm weekend, Musk tweeted the following:

Bitcoin is my safe word

Immediately after his tweet, bitcoin’s price spiked almost $200 to $23,800, which was the former all-time high set on Thursday.

Twenty minutes later, and Musk tweeted a reply to his original tweet, stating that he was “Just kidding, who needs a safe word anyway!?”

Musk’s tweets are known for their vagueness, whether he tweets about TSLA shares too expensive, Dogecoin, or SpaceX.

However, the current tweet is somehow related to his previous one when he was also speaking of the primary cryptocurrency.

Ten days into the current year of 2020, Musk tweeted that “Bitcoin is not my safe word.” If you had noticed the date today, it is precisely ten days before the end of 2020. Back in January, bitcoin was trading roughly around $8,000. As of writing his second tweet, bitcoin is trading at $23,800, a day after setting its all-time high level of $24,200.

As always, his tweet leaves about 40 million Twitter followers asking questions, and it’s undoubtedly a win for Bitcoin to be in front of such a huge audience once again.

It’s also interesting to see where the prices will take from here and if the cryptocurrency will go through another impressive leg up. 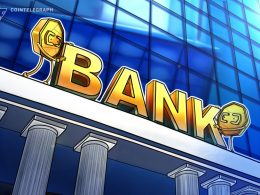 Crypto investment offerings for wealthy clients will be limited to a small fraction of their portfolios, due to…
przezMarie Huillet 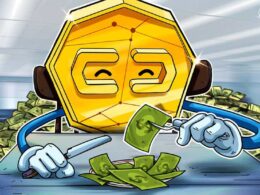 TradingView completes new funding round with $3B valuation 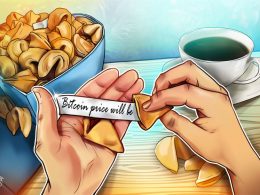 The odds are on for a continuation to $40,000, Mike McGlone argues, but not everyone is so sure.…
przezWilliam Suberg 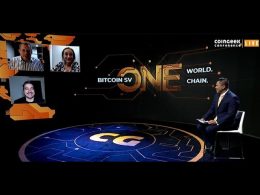