Bitcoin (BTC) has broken a new all-time high by briefly breaking the $24,000 mark. BTC’s price action appears to be driven by the increase activity of Bitcoin whales, announcements about new institutional investors, the high trading volume in the futures market and new lockdown measures against Covid-19.

Analysts remain bullish, as the king of cryptocurrencies prepares to take on a new target: $30,000. Others turn their attention towards the “altcoins” that have recorded much larger gains in when compared to Bitcoin in recent weeks.

Trader Byzantine General has shared the chart below to show the high activity of Bitcoin investors in the last 24 hours. The trader has indicated that the buy and sell orders at the exchange Binance have been “crazy” on both sides and are registering large volumes despite “the massive liquidations coming in“.

This is combined with data from the firm Skew that records an all-time high daily trading volume for the futures market on the Chicago Mercantile Exchange (CME). This metric has increased in recent days. Daily trading volume was $1.4 billion and open interest was $900 million on December the 18th.

Derivatives trader Cantering Clark confirmed that the rally has been led by investors in the futures market. In that sense, he stated that a retrace is likely before Bitcoin retakes its bullish momentum. The trader set the support level at $22,000 for the short term. One user responded to Clark as follows:

(…) the recent rally isn´t fueled by organic demand but rather by over-leveraged people borrowing funds. To be fair though, these runs can go a lot higher than people think and by then spot can easily catch up.

Again, data from Skew shows that the spot market has also had record activity and supports a potential “catch up” with the futures market. Trader Scott “The Wolf of All Streets” Melker revealed that 70% of his portfolio is in the Bitcoin spot market, recently he closed a leveraged position in anticipation of a setback. The trader believes that a return to the $20,000 support level could be a good entry opportunity to take a long position.

In the long run, adoption remains the key factor in predicting an extension of Bitcoin’s price rally. The investment firm Jefferies has joined the wave of institutions that will assign part of their portfolio to Bitcoin.

According to its Global Head of Equity, Christopher Wood, the firm will reduce its gold exposure from 50% to 45%. Therefore, 5% of its funds will be converted to Bitcoin. Wood claims the firm will wait for a drop in price to increase the company’s position in BTC.

As stated by Barry Silbert, CEO of the Digital Currency Group, the institutions share a feeling: F.O.M.O. In that sense and quoting Bitcoin inventor Satoshi Nakamoto, the Head of Growth for Kraken Dan Held responded via Twitter:

Satoshi baked in a fomo viral loop into Bitcoin: As the number of users grows, the value per coin increases. It has the potential for a positive feedback loop; as users increase, the value goes up, which could attract more users to take advantage of the increasing value.

On Friday’s hearing, Ripple revealed that it had already given the SEC access to two memos by its…
przezSteven Msoh 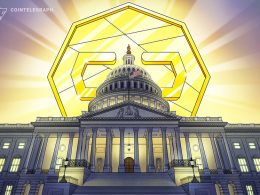 The former CFTC chairman weighs in on what a U.S. CBDC might look like, as well as the…
przezAndrew Thurman 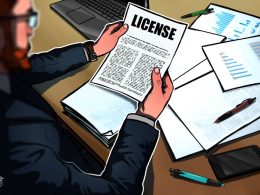 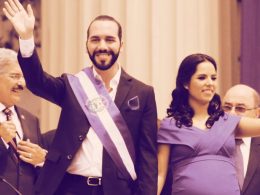