3 reasons Litecoin (LTC) is up 61% in 1 week, outperforming the market

In the past seven days, the Litecoin price has increased by over 60%. It is the best-performing cryptocurrency in the past week, outperforming both Bitcoin and decentralized finance (DeFi) tokens.

There are three major reasons why Litecoin has been rallying in tandem with Bitcoin. The reasons are a breakout against BTC, the historical relevance of LTC in previous bull cycles, and the growing certainty around BTC’s price cycle.

Litecoin broke out against the Bitcoin pair

Most altcoins are still stagnating against the Bitcoin pair. The ETH/BTC pair, as an example, is far from seeing a breakout in the near term across all low time frames.

However, Litecoin has shown strong momentum and a favorable technical structure to outperform Bitcoin in the mid-December.

“$LTC on the $LTCUSD chart is just absurd, but most of this has just been pacing $BTC, so there hasn’t been much alpha here. If the $LTCBTC pair gets its breakout, that could change pretty quickly. Also worth noting, $LTC is the only alt major really keeping pace with $BTC.”

Due to LTC’s momentum and the fact that it remains the only large-cap altcoin outperforming BTC, the market sentiment around LTC has noticeably improved.

A pseudonymous trader known as “Byzantine General” said that the ongoing Bitcoin rally is a result of institutional investors.

Hence, he noted that the altcoin market could take a while to rally because institutions are focusing on Bitcoin.

But the trader pinpointed Ethereum as an outlier that has actual fundamental value. Although LTC is less certain than Ethereum, the trader said that he is not bearish on LTC. He wrote:

“Reality check about altcoins that you probably don’t want to hear (telling). This $BTC rally has been because of institutional orderflow. Those people aren’t going to gamble on random sh*tcoins. ETH is an outlier. Basically there are only 2 coins that the outside world thinks has fundamental value and that’s BTC & ETH. So ETH should be good. LTC is less certain, but still a useful coin so I’m not particularly bearish on it.”

Altcoins have been in an awkward position where if Bitcoin continues to rally, they stagnate against BTC. If the Bitcoin price drops, then altcoins are likely to suffer from even larger drops.

Litecoin performing strongly against Bitcoin in this environment indicates strength and resilience at a technical level.

In the foreseeable future, it remains to be seen whether Bitcoin consolidates above $23,000 or sees a major correction by the year’s end.

If Bitcoin consolidates above $13,000 with relatively low volatility, it would establish an ideal period for altcoins to rally. If that happens, the altcoin that has been holding up well against Bitcoin, which is Litecoin, has higher chances of rallying once again.

The post 3 reasons Litecoin (LTC) is up 61% in 1 week, outperforming the market appeared first on CryptoSlate. 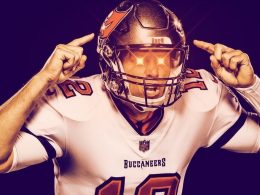 Tom Brady Activates Bitcoin Laser Eyes on Twitter: What Does That Mean? 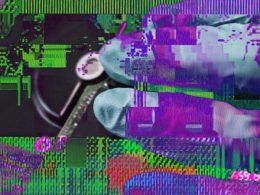 Cybercriminals are turning blockchain analytics to their advantage 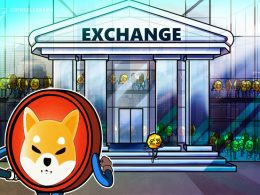 There’s a new dog in town, and it’s wasting no time in marking its territory. Shiba Inu (SHIB)…
przezGreg Thomson 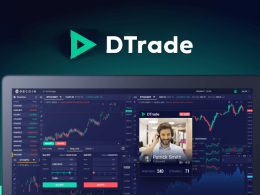