The cryptocurrency market is awfully quiet since the week started. The weekend session saw some considerable movement, amid the push by the bulls to recover from the losses incurred last week. However, SushiSwap (SUSHI) and Synthetix (SNX) appear to have broken away from the rest to post the biggest double-digit gains among the top 50.

SUSHI/USD is up 13% in the last 24 hours. Recovery was significant after the dip to levels slightly under $2. An ascending parallel channel has come into the picture and even boosted the price action after the middle boundary resistance was broken.

Meanwhile, SushiSwap is trading at $2.6 while dealing with the uphill battle of breaking above the channel’s upper boundary. The Relative Strength Index seems to have reinforced the bullish outlook with its movement into the overbought region. SUSHI is likely to continue with the upward motion until the RSI starts to reverse due to overbought conditions.

Synthetix rally is in the initial stages

Synthetix has rallied over 16% in the last 24 hours. The decentralized finance token is trading at $5.45, as bulls push to sustain gains above the already broken x-axis of the ascending triangle pattern. The RSI is in tandem with the upward momentum, moving higher within the overbought region.

If the breakout above the triangle is sustained, Synthetix could swing upwards by 60% to trade close to $10. For now, rising above the hurdle at $6 is key for the continuation of the uptrend. On the downside, a correction will seek refuge at $4.75, a region highlighted by the 50 SMA and the 200 SMA.

In his latest remarks about cryptocurrencies, the United States Securities and Exchange Commission chair, Gary Gensler, has compared…
przezOluwapelumi Adejumo 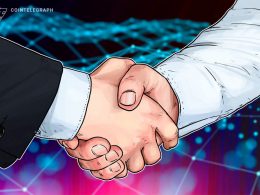 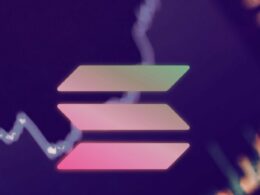 SOL, the native cryptocurrency of the Solana blockchain, has moved up another spot to claim seventh on the…
przezAndrew Hayward 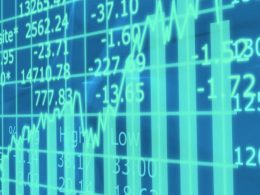