Lepricon, a project seeking to bring gaming to decentralized finance, has confirmed that it will operate under the umbrella of blockchain technology firm RioDeFi. Community-governed prediction games platform Lepricon is expected to launch early in the New Year, with support provided by the Substrate-based RioDeFi.

As well as being incubated by RioDeFi, the decentralized Lepricon project will utilize RioChain technology enabling users to earn a wide range of assets, non-fungible tokens (NFTs), and digital collectables. Users can choose to play against each other or interact with liquidity pools directly, with all transactions verifiable onchain.

Lepricon Is bringing gamification to Defi

Although defi to date has centered on protocols concerned with trading, lending, and borrowing, Lepricon will give users the opportunity to earn crypto rewards on high-yield prediction markets. Blockchain-based prediction markets recently came under the spotlight after millions of dollars in bets were placed on the 2020 U.S. Presidential election.

Lepricon intends to open its platform to third-party gaming developers by mid-2021, and in the process become a thriving community for gamers and crypto lovers alike. Any developers wishing to leverage the potential of NFTs in their dApps are encouraged to build on Lepricon.

Holders of the protocol’s native L3P token will enjoy voting rights over new titles and features, as well as reward distribution. The project’s first three games will include BitPool.trade, a bitcoin price prediction game, KQJ.club, a card-based prediction game, and fanspredict.io, a sports and real-world events prediction game. Lepricon also plans to develop its own sports book in the future.

In operating under the aegis of the expanding RioDeFi ecosystem, the prediction platform will leverage the speed, low transaction fees, scalability and interoperability for which Polkadot is known. RioDeFi is a core component of Polkadot’s defi stack, which seeks to address the pain points affecting protocols deployed on Ethereum. Frequently touted as a viable Ethereum competitor, Polkadot is headed up by Gavin Wood, a computer programmer who co-founded Ethereum alongside Vitalik Buterin. Earlier this year, Polkadot’s native DOT token became a top 10 cryptocurrency by market cap following a much-publicized re-denomination.

Lepricon CEO and founder Joshua Galloway recently elaborated on the nature of prediction games, noting that “Blockchain offers immediate benefits to this type of activity. Random number generation, a core requirement for many of our apps, can be done fairly and transparently and the results stored on the blockchain which prevent any disputes or cheating.

And the governance token (think in-game currency) can be blockchain-based, again creating trust and transparency.

With the value locked in defi protocols having recently surpassed $13.6 billion, it will be interesting to see how the industry evolves in 2021 and beyond. With the support of RioDeFi, Lepricon will be doing its utmost to ensure that prediction markets play a major role. 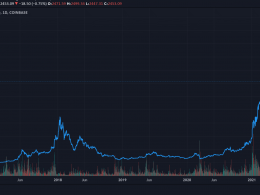 Reddit Cofounder Alexis Ohanian Says He Has ‘A Lot’ Of Ethereum

Alexis Ohanian is a versatile man: billionaire, philanthropist, founder of Reddit, Initialized Capital, and husband of the famous…
przezFelix Mollen 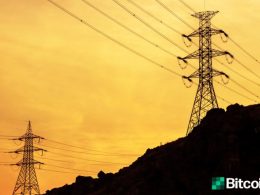 As Iran experiences rolling electricity blackouts, the country’s authorities have responded to the crisis by targeting bitcoin mining…
przezTerence Zimwara

Facebook’s long-awaited digital currency has officially entered the crypto space after rebranding to get approval. The Diem Association…
przezJohn Kumi 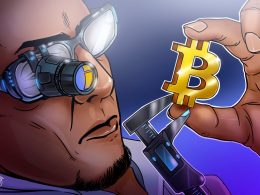 Bitcoin price is struggling to regain the $42,000 support as bears hold a $585 million advantage ahead of…
przezMarcel Pechman