Fund managers overseeing $534 billion in AUM surveyed by Bank of America have placed “long bitcoin” as the “third-most crowded” trade. The cryptocurrency has fallen behind only to tech stocks and shorting the US dollar but has climbed above traditional investments such as gold and bonds.

The US multinational investment bank initiated a survey among fund managers from December 4th to December 10th to determine their sentiment on various investment options.

Historically, the fund managers have been bullish on the so-called “risk-on” assets. The situation hasn’t changed this year – typically regarded as riskier assets occupied the leading positions.

The survey concluded that “long tech” stocks gathered 52% of the answered. However, this is actually a decline compared to the November 2020 results when such shares took over 65% of the votes.

On the other hand, the answer “long bitcoin” has exploded in a month. From receiving less than 5% of the votes in November, the bullish stance on the primary cryptocurrency has more than tripled to 15%.

This meant that the fund managers have placed “long bitcoin” higher than other traditional investment options such as “long corporate bonds” and “long gold.” Interestingly, the positive sentiment on the precious metal has declined month over month.

This development could be a confirmation that Wall Street has started adopting bitcoin. Prominent traditional investors such as Paul Tudor Jones and Stan Druckenmiller have openly praised and invested in the cryptocurrency. At the same time, Ray Dalio compared it with gold as a store of value.

NASDAQ-listed company MicroStrategy allocated millions of dollars in BTC, while the Wall Street giant Guggenheim Partners sought SEC approval to buy up to $500 million in bitcoin for one of its funds.

Short The US Dollar

Similarly to the “long bitcoin” answer, the US dollar has also attracted the attention of the surveyed fund managers. However, most of them envisioned adverse developments for the world’s reserve currency and placed “short USD” as the second-most “crowded trade.”

They justified the decision by breaching the trillions of dollars printed by the US Federal Reserve in 2020, following the COVID-19 outbreak. According to some reports, almost 20% of all existing USD has been created this year.

Consequently, many celebrated economists predicted that the value of the dollar would crash. Peter Schiff went even further this year as he said that even hyperinflation is not out of the question.

Interestingly, some believe that perhaps bitcoin could threaten the dollar. Larry Fink, the CEO of the world’s largest asset manager BlackRock, recently said that BTC makes the USD less relevant for international holders of dollar-based assets. 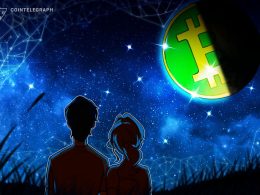 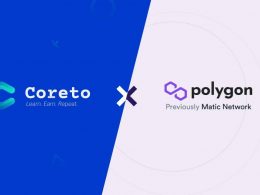 Coreto.io is Partnering with Polygon, Formerly Known as Matic