“All bets are off” now that Bitcoin has broken $20k, says trader

Bitcoin zipped past $20,000 per coin this morning, pushing the asset into uncharted waters.

After toying with all-time price highs in recent weeks, Bitcoin (BTC) finally crossed $20,000 for the first time on Wednesday. The digital currency hovered around $20,800 at time of publication.

“We have been waiting for this moment for years, and now that $BTC #Bitcoin has finally broken 20k, all bets are off,” Cheds, a crypto trader and analyst on Twitter, told Cointelegraph. “What happens next could make history,” he said, adding:

“Do we blast to 30k? Or do we pull back to 14k and form a cup and handle, or something in between? One thing is for sure with this new breakout, $BTC #Bitcoin will be getting a lot more eyeballs!”

Bitcoin has done quite well in 2020, despite the coin’s dramatic fall in March when the price sank to $3,600 amid growing COVID-19 fears. From there, however, BTC carved out an uptrend, recovering faster than mainstream markets, taking it all the way to the levels seen today.

“I am over the moon to wake up to Bitcoin breaking $20k!” CryptoWendyO, another crypto trader and analyst on Twitter, told Cointelegraph. “However, I’m traumatized from the prior bear market and still cautious as the atmosphere is extremely euphoric,” she added.

Looking to the future, CryptoWendyO sees $22,500 as a logical level from here. “$22,500 is my next target as it’s the middle area between fib 1 to fib 1.272,” she said, referring to Fibonacci price chart levels. “I like to look at things conservatively and expect some action at that area before $25,000.”

All-time price highs, in theory, mean that every person who holds Bitcoin is in profit — as pointed out in a recent tweet by Messari CEO Ryan Selkis.

It’s official: no one has ever lost money holding bitcoin.

In addition to Bitcoin’s major price action this year, several large mainstream players have jumped on board the train, investing hundreds of millions of dollars in the coin. Business intelligence firm MicroStrategy has become majorly bullish on Bitcoin, led by CEO Michael Saylor. Other bullish mainstreamers include Paul Tudor Jones, Square and MassMutual. 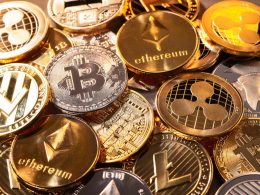 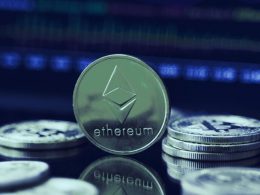 WisdomTree, an asset manager with a focus on investment products, has filed for an Ethereum ETF. ETFs, or…
przezWill Gottsegen 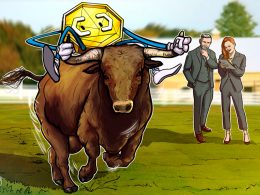 3 reasons why analysts are turning bullish on Curve Finance (CRV)

Attractive yields for stakers, protocol revenue and competition among DeFi protocols have analysts pointing to a bullish long-term…
przezJordan Finneseth