A publicly-listed British asset manager with $27 billion in assets under management is making a bet on Bitcoin. Ruffer Investment Company revealed in a note to investors that it had allocated $15 million to the cryptocurrency as a defensive move against fiat currency devaluation.

The London company invested in Bitcoin via its multi-strategies fund, the December 15 note revealed. The allocation amounts to 2.5% of the $620 million in the fund’s assets under management, equating to $15 million. Ruffer Investment, the parent company, manages over $27 billion.

The Bitcoin investment is “primarily a defensive move,” the firm stated. This was after it reduced its exposure to gold in November, a move that’s becoming quite common among institutional investors. As Crypto News Flash reported, the CEO of the world’s largest hedge fund manager BlackRock recently claimed that Bitcoin will replace gold as the alternative currency of choice for many.

Ruffer echoed the sentiments of most asset fund managers who have expressed great concern over the devaluation of most major fiat currencies. The company currently holds 8.4% of its assets in cash, amounting to $2.3 billion.  Over 80% of this is in the sterling pound, as one cryptocurrency analyst revealed on Twitter. Ruffer stated:

The exposure to bitcoin is currently equivalent to around 2.5% of the portfolio. We see this as a small but potent insurance policy against the continuing devaluation of the world’s major currencies. Bitcoin diversifies the company’s (much larger) investments in gold and inflation-linked bonds, and acts as a hedge to some of the monetary and market risks that we see.

Ruffer is just the latest in a growing line of institutional investors, both public and private, that have invested in Bitcoin. Most of these companies see Bitcoin as a hedge against the debasement of fiat currencies. The coronavirus pandemic has especially triggered this devaluation, with most governments turning to ‘printing money’ to aid in economic recovery. In the U.S, the Federal Reserve has printed trillions of dollars in 2020, with one in every five dollars in circulation being printed this year alone.

This growth in institutional interest is perhaps best seen by the explosive growth of the Grayscale Bitcoin Trust. As the firm’s CEO Barry Silbert recently revealed, in the 45 days since November 1, it has nearly doubled its assets under management.

Grayscale is now the world’s largest Bitcoin holder. According to Arcane Research’s Vetle Lunde, the firm now owns 544,000 BTC, just below 3% of the total Bitcoin supply.

Of the publicly-listed companies, Microstrategy Inc. is the largest Bitcoin holder with 40,284 BTC. The software company first bought 21,454 BTC in September before doubling down earlier this month. The CEO, Michael Sailor revealed that the purchase was a hedging strategy against the Fed’s inflationary policies. 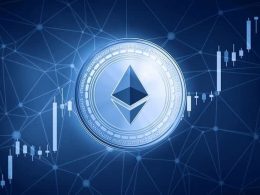 Ethereum price rally intensifies toward $3,000; bulls touch $2,800 for the first in history

Ethereum has continually led the price action this week, especially in the top ten cryptocurrencies. The pioneer smart…
przezJohn Isige 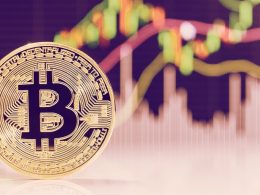 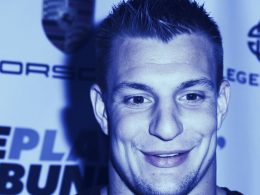 The NFL Meets NFTs in New Collection From Rob Gronkowski

The tax agency’s audit request is the first requiring South Africans to disclose their digital currency activities, according…
przezSteve Kaaru