MicroStrategy Buys Another $50 Million in Bitcoin

Whoever thinks that Michael Saylor, CEO of MicroStrategy, invested in Bitcoin to make a quick profit, is entirely wrong. MicroStrategy is not only a bullish BTC hodler. It is probably better defined as a BTC hoarder.

A document published on December 4 by the SEC revealed that MicroStrategy made another $50 million payment to increase its Bitcoin reserves even more. The company reported paying approximately $19,427 per token, for a total of 2574 BTC.

MicroStrategy: A Bullish Bitcoin Hodler at The Front of The Rally

It takes lots of courage —and bullishness— to acquire such a large amount of coins at a price so close to ATH. After this purchase, MicroStrategy would own 40,824 BTC, for a total of almost half a billion dollars in cryptocurrency.

And whoever thinks that was a bad idea, definitely does not follow the company’s shares’ performance. Announcements of Bitcoin purchases have possibly served to catapult the company’s valuation from an average of $120 per share to a peak of $360 a few days ago. Currently, each share of the company is worth $328.

In this way, MicroStrategy consolidates itself as the publicly traded company with more wealth invested in cryptocurrencies, according to data from Bitcoin Treasuries. The company has more than twice the amount of Bitcoin owned by its closest competitor, Galaxy Holdings, which holds 16651 BTC. It also has 10 times more BTC than Square, which ranks third on the list with 4709 BTC.

Michael Saylor Puts His Money Where His Mouth Is

The CEO of MicroStrategy confirmed the news on his social networks, without any further comment or opinion:

MicroStrategy has purchased approximately 2,574 bitcoins for $50.0 million in cash in accordance with its Treasury Reserve Policy, at an average price of approximately $19,427 per bitcoin. We now hold approximately 40,824 bitcoins.https://t.co/nwZcM9zAXZ

And with this new investment of $50 million, it’s clear that he is going for more. But his company is not only buying tokens; it is trying to participate in the growth of the blockchain with investments and symbolic acts. At the end of October, MicroStrategy installed its first Bitcoin node.

Although Saylor was moderate enough in this announcement, he has become popular in the world of Crypto Twitter for his bullish statements and his full support of Bitcoin. As CryptoPotato reported on October 28, 2020, Saylor revealed that he personally had 17,732 BTCs, which he purchased for less than $10,000 each.

If one considers Saylor’s reported average purchase price of $9982 per BTC, his $175 million investment could be currently valued at $334. Not bad for a few months of hodling.

After a period of intense volatility, the crypto-market rallied briefly followed by a period of consolidation. The broader…
przezAnushmita Samal 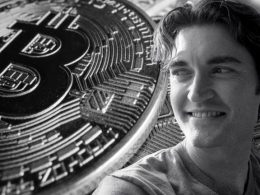 At the Bitcoin 2021 conference in Miami, attendees listened to the first phone interview with the Silk Road’s…
przezJamie Redman