About 1 million ETH have been locked into the Ethereum 2.0 deposit contract. However, while phase 0 has finally launched, there is still a long road to go until the Ethereum network will scale. Therefore, the core developers continued to discuss a proposal that can could help in the short term.

EIP-1559 is one of the most promising and controversial. According to its conception, this proposal plans to change the fee mechanism in the Ethereum network. Currently, the network operates with a first-price auction model in which the miners validate transactions and take a fee set by the user. The EIP-1559 proposes establishing a “base fee” and to burn a part of the ETH that would compose it, called “space fee”.

Today, developer Tim Beiko gave an account of the latest developments related to EIP-1559. As he reports it was determined during the last core developers call that the problem of transactions in Ethereum is based on the scalability of the network and not on the design of its fee mechanism.

However, EIP-1559 would bring benefits to the network by making transaction fees easy to calculate and therefore benefit smart contracts, reduce inflation in the ETH, incentivize miners to be good actors, improve safety and maximize revenue strategies. In addition, flexible block space would be an improvement for network users in periods of high congestion by reducing gas spikes, as shown in the following table presented by Beiko.

The developers have also specified that “ETH burning” could be implemented with “alternative designs”. For example, one scenario allows the space fee to be sent to another miner as a form of payment.

In addition, it is recognized that the “base fee” requires further observation to determine an efficient mechanism to modify it in specific cases, such as during high periods of network use. Regarding the transition period that it would take to migrate from the current tariff mechanism to that of the EIP-1559, the developers stated:

(…) the current model of keeping legacy transactions and interpreting them as 1559-style ones generally made sense. It could be good to add more economic pressure over time to force people to migrate, too.

The biggest obstacle that EIP-1559 seems to have is the possible manipulation of the base fee by the miners. However, the developers believe that there are similar risks on this matter with the current model. In addition, they believe that financial instruments could be implemented to create incentives for “good participation”, as Beiko stated:

Finally, we started discussing how we can move this EIP to mainnet. There was agreement on the call that most research questions are now solved (modulo the transaction pool management and update rule analysis), so we should put together a plan to get this on mainnet.

It is expected that in the next few days the readiness checklist on the GitHub page of the EIP-1559 proposal will be updated. The developers expect to receive feedback from the team in charge of implementing the “Berlin” update. The next call will take place in two weeks. 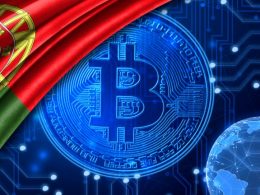 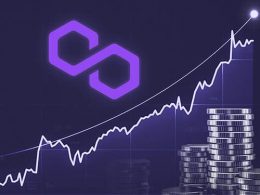 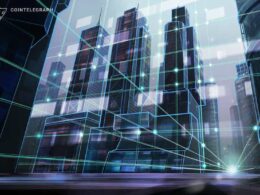 Successful smart cities will be impossible without decentralized techs

It’s a new dawn for the IOTA family as it ushers in Chrysalis. The upgrade went live Wednesday…
przezKevin Young